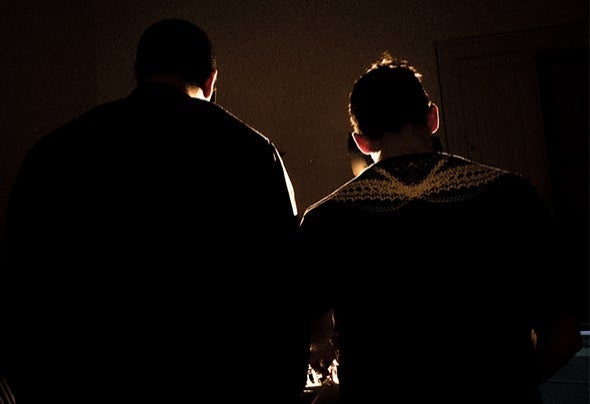 Reveillon is a project formed by Dist and Gestalt. It was created in 2017 along with their label, Gomboc Records, in which they released artists like Perc, Umwelt, Ayarcana, Trym, Hypnoskull and many more. The duo is strictly oriented towards club and dancefloor driven techno and present their sets in Live or Hybrid ways, making use of modular systems and drum machines. Influenced by Birmingham sound (Surgeon, Regis, Female), also Detroit techno (mostly Underground Resistance) and a strong relation with industrial sounds and hard stuff. They have collaborated with some producers like Ayarcana, Axel Picodot, Nico Moreno, D. Carbone and Deep Dimension. Being supported by some of the biggest names in the scene regularly like Dax J, Paula Temple, Charles Fenckler, Blawan, Rebekah and plenty more. They also shared booth with some respected DJ's like Anetha, Regal and Parallx.