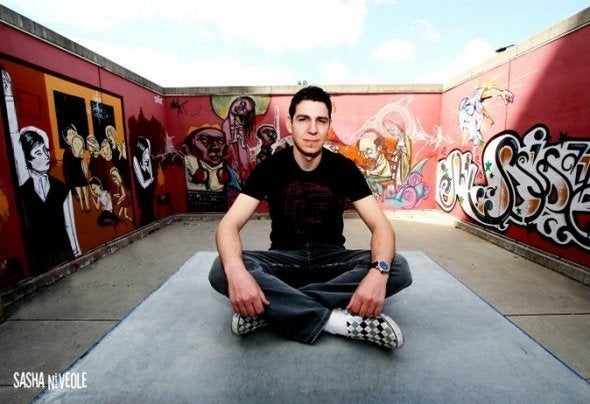 Philip Arruda is a young producer out of T oront o, Canada. He is considered, by many, to be one of the top young emerging house/techno producers coming out of Canada. Wit h t he amount of new t alent already coming out of Canada, Philip has been doing a good job setting himself apart from the rest. Ever since his first release on Roots & Wings Music in August 2009, Philip Arruda has been get t ing a lot of worldwide recognition for his hard work, which includes charting and radio play by top players in the industry. Philip’s musical development started at a very young age. He started taking piano lessons at the age of 12, went on to take guitar lessons 2 years later, then played the trumpet throughout high-school. Philip’s interest in Electronic Music stemmed from his frequent after-school visits to the record store which was a just couple of blocks away from his high-school. According to Philip, what attracted him the most to Electronic Music was its wide variety of sounds and its catchy grooves & rhythms. Philip’s passion for Electronic music grew immensely over the years, especially since it helped him get through very tough times in his life. Philip feels that music saved his life and he owes a lot to the music community for inspiring him. With genuine talent and dedication, Philip has a lot to offer and shows no signs of stopping.