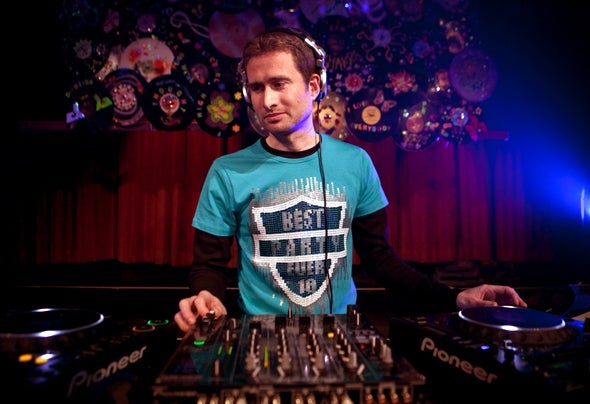 Born in the south of the Netherlands in 1977, Halogen grew up with the upcoming computer industry and electronic revolution. He discovered already at an early stage that a computer is in fact also a music instrument. When he started to create music with the so called ‘trackers’, he evolved his musical skills rapidly. He changed to produce dance music on a professional level. As a teenager he went to the local club Modern Dance Club Hollywood in Eindhoven (NL) and presented his tracks. The tracks were played in the club and because of the huge positive reactions of the clubbers, he started to become a DJ as well. After having some tracks released on various labels, his first hit ‘Habituate’ conquered the Dutch and Belgian dance charts (2nd and 3rd place). As a DJ he plays futuristic yet timeless progressive house music. This has been received well at many respected parties such as the Fast Forward dance parade in Rotterdam (NL), Chakra party in Breda (NL) and in clubs like MDC Hollywood in Eindhoven (NL), La Rocca in Lier (BE) and La Bush in Pecq (BE). He also had many international performances, to highlight Glamour in Ibiza (ES) and overseas at the WMC in Miami (US). Continuing to produce high quality progressive house music, he has had many releases on labels such as Bonzai progressive, Yeti from NEWS, Nanouchi music and his latest release (as this biography is written) will be released on Devine music early 2013. Expect more tunes and performances from Halogen in the near future as his quality of music and talented DJ skills will conquer your heart!