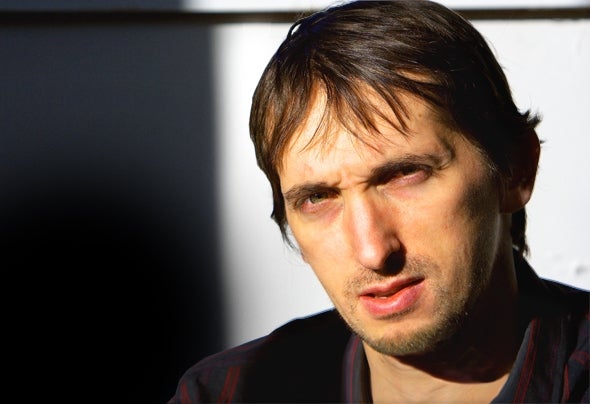 Eddy Beneteau, renowned for his style and high quality of sound, Magazines and Webzines from Computer Magazine, Future MusicMagazine, Electronic Musician, Rekkerd.org, and more, can’t be wrong:“I am baffled as to where he gets his ideas from because, as we all know, we sometimes get that musical mental block, but Eddy crafts an amazing output of ear candy that puts many to shame. Thanks to Eddy, any musical block lurking in your creative canals will be instantly smashed as this collection will instantly inspire.” (Dave Colville, Bognor Regis Guardian)“When I demoed the pack, the beats sounded so dope I had to drop them into my production that I was working on that day. The breaks I used really took the production up a notch. They were well cut, totally user friendly, and they just sounded great! The pack had so many great bits to use, it was tuff to choose what I wanted to mangle first. If I had to sum this pack up in two words, it would be "Must Have". (Lenny Dee)Lenny Dee (industrial strength Records) is recognised as one of the world's earliest House and Breakbeat pioneers.His tracks are supported by: Larry Tee (Ultra), Andy Moor (Armada Music), Filth & Splendour (Cr2, Ministry, Plastica), David Forbes (Armada Music, AVA Blue), Cevin Fisher (Cr2 Records, Toolroom Records), ABX Starjackers (Southern Fried, Cr2 Records), Tyler Stadius (Fabric, Nordic Trax), Marc Leaf (Uber Digital Records, Cr2 Records), Cellec (Owano-music, Spinnin Records), D.O.N.S (Kingdom Cuts, Pacha Recordings, Cr2 Records, Ultra), Greg Churchill (Aural TRash, Move To Trash, Toolroom Records), Flash Brothers (Armada music, Cr2, Agnosia Records), Laurent Schark (Spinnin Records, Ambassade Records (Pool E Music), Darrel Foy (KandiFunk, Ministry Of Sound), Boomrock Saints & Mephisto Odyssey ... and a lot of radios around the World.The integration of Eddy’s titles across movies and multiple media, such as commercials for ‘Danone’, ‘Nike Snowboard’ (200,000 DVDs), well-known brand ‘Rossignol’ (200,000 DVDs) and for the top athletes of ‘Urban Life Style’ unquestionably shows the media’s interest and passion in Eddy Beneteau’s works.In 2012, Eddy is finally initiating his own exciting new endeavor "Supalife Music Records", which will be an ambitious move for him aiming at the dancefloor market. This year he we be adding some of the most in-demand artists around on Supalife Records, such as Khalid Filali (De La Soul Producer), Ina Escobar and Thomas Gomez (Stormtracker)."I am back to work and hoping our paths cross soon” - Eddy. The story has yet to be written...FaceBook: http://www.facebook.com/SupalifeRecords SoundClound: http://soundcloud.com/supaliferecords Youtube: http://www.youtube.com/supaliferecords Twitter: https://twitter.com/supaliferecordsWebsite: http://www.supaliferecords.com