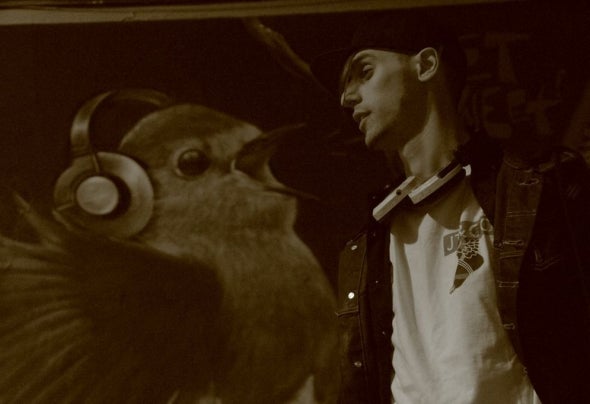 From the East coast to the West coast, one of the industry’s fastest rising artists is back again to capture the ears and hearts of electronic music fans everywhere with his brand new EP, Level Up. Hailing from Washington D.C., beginning his career in Los Angeles and currently residing in Las Vegas, FUTR3 brings an eclectic variety of influences and experience to the table with each and every track he produces. While making his name in Electro/Glitch/Drumstep producing since 2005, FUTR3 (or Aaron Shier) developed his skills as a singer-songwriter in a diverse collection of projects. Countless collaborations, remixes and songs later, he settled down in Las Vegas to work with like-minded artists such as BR8KR and HACKR and form Sub Militia. The Dubstep super group quickly released the single “Hustling” with a helping hand from producer Dave Aron of Snoop Dogg, Sublime, Dr. Dre and 2 Pac fame. With Level Up making waves throughout the electronic music community and more performances scheduled across the West coast, FUTR3 is set to make the next big step forward in his already impressive career. The new album also coincides with a brand new remix by famed producer Heavygrinder, who is noted as a pioneering female DJ from Seattle and has toured the globe consistently for the past decade. Aaron Shier aka FUTR3 launched his career in electro music in Los Angeles in 2005. His previous projects include Science of the Subconscious, Les Boyz and 8 Barz, The Wondergirls, Sub Militia and others. While working with DJ Colin White, he performed remixes for Nelly, Akon, Flo Rida, Far East Movement, Mike Posner, The Downtown Fiction and many more. In 2012, he teamed up with Miami music prodigy culineR to release Into Vapor on Synth City Records, and independent electronic dance label based out of LA. Shier also produced and engineered The Wondergirls “Let’s Go All The Way” which appeared on the Iron Man 3 soundtrack in 2013.