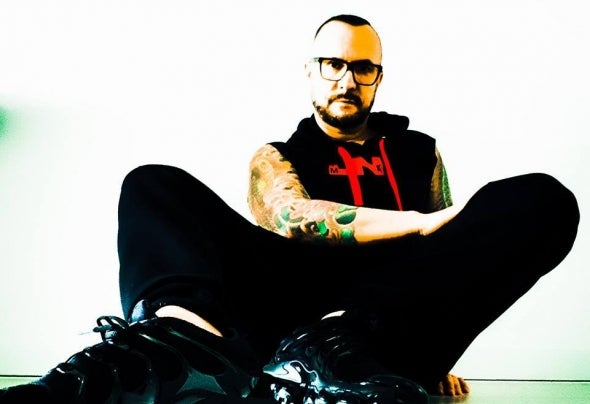 Born in Italy and not proud Londoner, this renaissance man of music has been in the centre of clubbing and music scene from way back in the 90s. He was instrumental in the success of Exogroove parties across Italy as well scoring a number of major Dance hits.In 1999 he moved to London and he has picked up his music career with some brilliant dj sets along the Techno, Progressive House, Tech House, and Deep or Melodic Techno sound that is so sough after all over Europe.Catch him at the Legendary A.M.@Fire in London or at the fetish parties Hard On, Hotwires and SexCircus in Fire, as well as some high profile dates in the rest of Europe (Green Komm, Naughty Control in Cologne, Revolver Berlin, Macho Party Madrid). AM@Fire, Hustaball London, New York, Bruxelles, Berlin, Las Vegas.La Demence Bruxelles, The Cruise, Kit&Kat Revolver and Connexions Berlin, Lovechild Tour Antwerp, SexCircus London, Harder Times, Ritual Cagliari, Beef Jerky Tel Aviv, Cox - Gay Village Rome,Deviate @ The Warehouse Amsterdam, Euphoria Dublin, Revolver Green Komm Naughty Control in Cologne, Play and Club 69 Moscow, Russia.just to name a few. In 2018 Tony Bruno join forces to play in Orange After Hours, the Fun House in Amsterdam powered by Rapido, back at his Tel A Beef for Tel Aviv Pride. Productions: Exogroove was a huge success in the 90's and Tony Bruno decided to go back to productions with more tunes like Celebration on Decide and Sex in the Dark on Smilax in 2016.