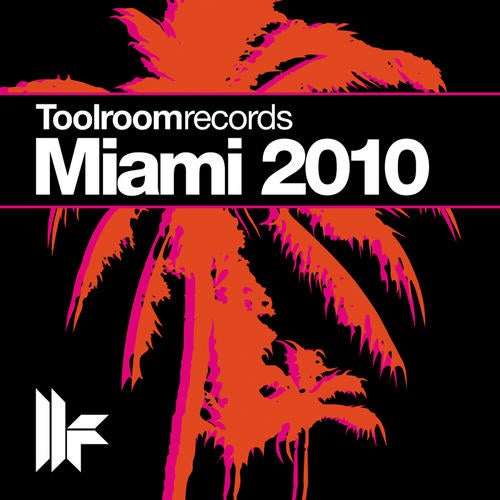 To get you geared up for the Winter Music Conference in Miami, Toolroom is starting the party early with 'Toolroom Records Miami 2010'. The album showcases 35 of the hottest tracks and remixes that are sure to feature heavily at the WMC from house heavyweights such as Mark Knight, D.Ramirez, Underworld, David Guetta and Thomas Gold with a further 3 continuous mixes courtesy of our very own Toolroom Knights residents: George Andrews, Gina Star and Mark Storie. Kicking off proceedings, the Poolside Mix sets the scene with some deep tones from Kim Fai's 'Pass A Roach' and Funk D'Void's superb remix of Shlomi Aber & Itamar Sagi 'Blonda'. It then moves into more groove based beats with Filty Rich 'Jembe', Stefano Noferini's bongo bonanza 'Burujava' and Matt Samuels 'One Moment' that will leave you dreaming of sipping cocktails whilst shaking that ass by a sun soaked pool. Turning things up a notch, the club mix is chock full of dancefloor destroying anthems with David Guetta 'Grrrr', Mark Knight & D.Ramirez V Underworld 'Downpipe' and Gina Star feat DJ Roland Clark 'This Is Hollywood'. The mix takes a more techy twist with the tougher sounds of Funkagenda feat MC Flipside 'Nobody Listen To Techno' before finishing with the Beatport number 1 smash, Thomas Gold 'The Button'. The Afterclub Mix rounds off this package on an edgier tip with Prok & Fitch 'Freakshow', Funkagenda 'H3lix' and the sublime Dirty South & Mark Knight 'Stopover'. Umeks remix of The Button and Taurus & Vagellis remix of Joachim Garraud No Techno In This Room Please completes a full on techno workout that takes no prisoners. So, whether its chilling by the pool thinking about the night ahead, late night boogying at the club or a hard hitting early morning stomp then there is a track and mix to suit every occasion!