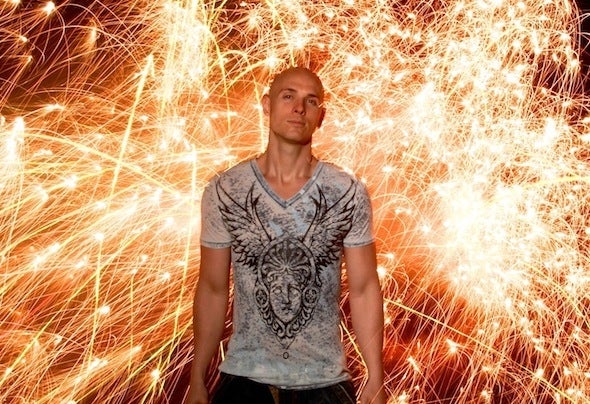 Apollo V is a Miami born and based DJ, producer, remixer, and entrepreneur. A former firefighter and paramedic, Apollo has made the switch to club life look easy. In his short career as a professional artist,Apollo has shared the decks with legendary artists such as Avicii, Benny Benassi, John Digweed, Dada Life, Chuckie, Dubfire, R3hab, Matt Darey, and The Crystal Method, He's played sold out arenas frequently topping 10,000 people and has performed at Ultra Music Festival in Miami 3 times, the IDMA rated #1 dance music festival in the world 5 years in a row. A master of all electronic dance music, he plays and produces trance, house, dubstep, techno, deep house and everything in between.As a resident DJ of the largest touring paint party in the world, Life In Color, he has performed in front of hundreds of thousands of people in over 20 states leaving a trail of satisfied dance fans in his wake. His tracks have been played on Tiesto’s Club Life radio show, Matt Darey’s Nocturnal radio show, Robbie Rivera’s Juicy Music radio show and Ultra Music Festival’s UMF Radio. As a classically trained musician, he wrote his first piano composition at the age of 4, picking up and playing instruments such as the violin, the bass guitar, drums, and keyboard throughout the years. You can find his releases on Beatport and iTunes.