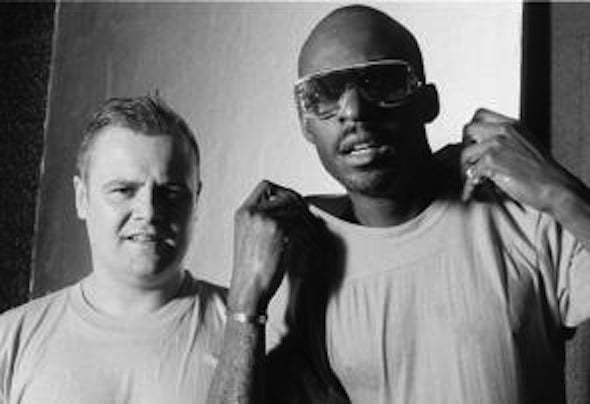 Rob Davy and Dylan Barnes have been making music together as Mutiny for the past fifteen years.Since 1996, Mutiny's sonically diverse single releases, have earned them both critical acclaim, and fans far and wide. DJ Sneak described Secrets as "an incredible disco groove, with a mind-blowing vocal"; while MAW liked Bliss so much, they licensed it for release on their own US label. "A swirl of 90s skippety beats, and dark basslines, which suddenly resolve into a beautiful vocodered breakdown" cooed Mixmag, about Bodybreaker. Mutiny featuring D-Empress New Horizons, meanwhile bubbled here, there and everywhere, as an underground vocal hit for months, before being propelled toward the top of the club charts after being picked up by Azuli.Then came their first album In the Now picked up by Virgin to world acclaim and featuring the Club and Top 40 hits Secrets andTheVirus.Afantasticalbumthebestdance album of the year enthused Darren Emerson, and was championed by a diverse range of DJs from Roger Sanchez through to Jacques le Cont, John Carter, Sander Kleinenberg and Bobby and Steve amongst many others. Having left Virgin in pursuance of more freedom, they have remixed artists such as Sophie Ellis Bextor, Robbie Williams, E-Smoove, Chicken Lips and Audio Bullys, as well as production for labels such as Southern Fried, East West, Warners, Sony, and many other independents.After forming a strong partnership with Darren Emersons label Underwater, they released the huge underground record Yaself, which received fantastic reactions across the globe. Having released Yaself on Underwater, Mutiny went on to release the compilation with Emerson Underwater Vol 2 and the club anthem "Holding On" featuring Loraine Cato, and then the follow up to In the Now... "Yada Yada", which again received much acclaim throughout the Dance world, and brought them to the attention of far flung territories such as Japan and Australia.After the Yada Yada album the lads moved on to otherareas as well, by producing acts like Sandy T hom, writingwith Japanese artist Shinichi Osawa and remixing variousartists including Fat boy Slim,Andrea Wilde and StereoMC's. 2008 saw the release of " SUN IN MY EYE'S" ( A the Miami Winter Dance Conference top track) with Amber Jolene, thisact is called MYOMI.) Last year Mutiny made their debut on Josh Winks Ovum Recordings ...with two dance floor monsters. Longtime friends with Josh, this collaboration seemed destined to eventually happen. 'Swimming With Sharks' receivedHuge support from Seth Troxler, Marco Carola, Hecotr Romero, Michel De Hey, Slam, Ambivalent, Davide Squillace, Uner, Gregor Tresher, Luca Bacchetti, Lke Solomon, Danny Howells, Stephan Bodzin, and more!This year they are releasing all their Back Catalogue as well as a new album and many other releases on various labels.On release this month is 'Kidz' Ep on Danish Label What Happens. Next month sees the first release on Matt Playfords label Social Problem.Also a special 40th release Tickle E.P on Mirabilis