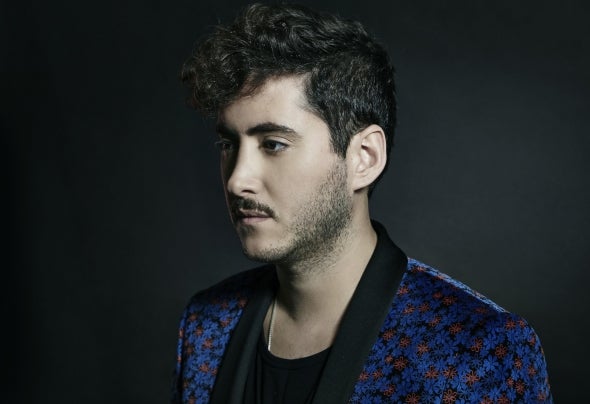 Emerging onto the scene in 2012 with his distinctive sonic style, Amirali gained enormous critical acclaim for his ‘In Time’ LP which got him shortlisted for album of the year by Clash Magazine and hailed as “an example of perfect craftsmanship” by Resident Advisor.To understand Amirali’s creative approach you must discover the different aspects that form his process. He is a live instrumentalist, singer-songwriter and at the core of that a classically trained pianist. He is also an architect by education and his sound has been characterised as rich and full of layers, owing to his awareness of structure. Combining all of this Amirali creates full and fascinating compositions.Amirali has gained widespread support from the top tier of electronic musicians, key media outlets and by continuing to turn heads he was invited to perform live on the very first video broadcast of the esteemed BBC Radio 1 Essential Mix. Whilst a busy touring schedule has allowed him to grace the stages of the most prestigious venues around the world.Amirali’s need to innovate artistically led to the creation of his record label, Dark Matters, which provides a podium to release original material from emerging live acts as well as his own.The challenge involved with composing new musical configurations has led Amirali to break from touring and submerge himself within the process again, culminating in the completion of his second studio album. This album still retains his unique sound but demonstrates a much more evolved, mature and sonically sophisticated artistic statement on a completely new production level.With a revitalized creativity Amirali has grand plans for 2018 and the beyond; he is conceptualizing a new live stage show which will be performed following the release of the album and Dark Matters will continue to to unearth and display new talent as well as exhibiting Amirali's refined musical statement.