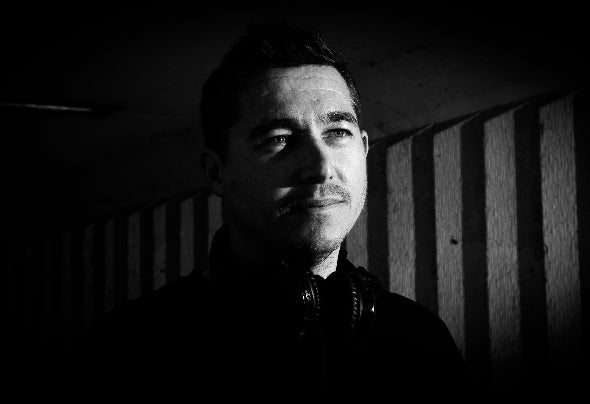 Jay has been a musician since the age of nine. He started out playing and studying drums/percussion and was inspired by genres such as: Funk, Soul, Hip-Hop, Fusion, Disco, Acid House, Drum and Bass and Jungle. After performing in many bands that experimented with fusing live instruments with electronic sounds, he then started exploring music technology, music production and DJ'ing. In 2005, he completed his Jazz Studies degree at Leeds College of Music. Whilst there, he became immersed in the Leeds House/Techno and Breakbeat scene. Iconic club nights such as Technique, Asylum, Back to Basics and Dirty Disco were influential in paving a way for Jay as an artist. In 2004, Jay had his first vinyl release on a white label, which was a bootleg of MJ's 'Don't Stop Until You Get Enough'. The record titled 'Don't Stop Sweating', received positive critique in the Breakbeat scene, with key players such Soul of Man and Utar Saints supporting the record during the festival season. Jay then went on to sign to Future Funk Squad's label- Re:Connect Recordings with a run of successful releases, again supported by major players, including: the Plump DJ's and Leeroy Thornhill. In 2005, Jay signed to Menu Music run by Atomic Hooligan and Jay Cunning, where he had a run of successful releases. In 2006, Jay signed to Breakin' Even Records run by Rob Savage and had a number of releases including: 'Not My Thing' and 'We Are Back'. In the early 2000's, Jay performed at several influential nightclubs across Leeds, Manchester and London and was nominated at the annual Breakbeat Awards at Fabric. He produced a number of successful remixes for respected artists including: Cut Le Roc; Ben & Lex; Groove Diggerz; and Rico Tubbs. From 2012-2018, Jay took a break from the scene to focus on a music teaching career, but has made a return to production with a new sound. Upon his return in 2019, Jay has had a release with Midnight Social Recordings and several on Big Tunes Records. Watch this space.