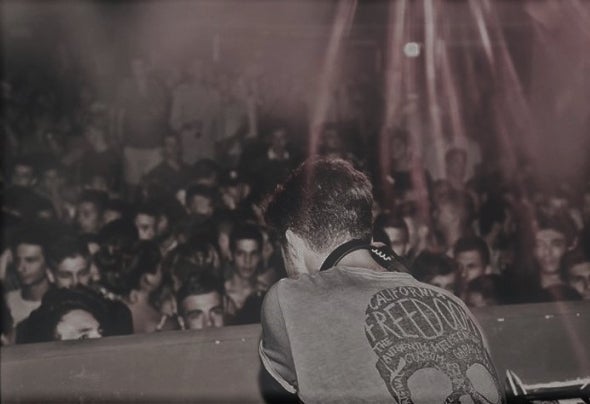 Alex Fioretti was born in Turin, Italy on 2nd October 1988. He started to spin on his bedroom at age of 14 inspired by artists such as MAW, Joey Negro, Roger Sanchez and labels like Strictly Rhythm, Azuli, Z Records and Subliminal. In 2011 he produced with Keller a DJ tool EP on Airplane! Records, which got strong feedbacks from Michael Gray, Danism, Marco Lys and many others. In 2012 he released on Airplane! Records the house track called NY Thang which gained the support of Mark Knight, ATFC and Prok & Fitch. In 2014 Alex made his debut with a guestmix on Mark Knight's Toolroom Radioshow. He released 'Big World' on the label of the house Don ATFC during the same year. In February 2016 he won the Toolroom Academy Competition.The winning track marks his debut on Toolroom Records and is released as a collaboration with New York house music legend Harry Romero on the mighty Toolroom Ibiza 2016.