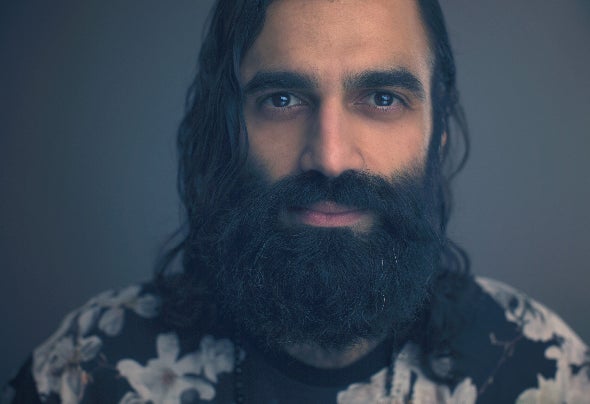 Siavash is the mysterious Canadian legend behind the chart topping record label You Plus One. This eccentric artist is a 25+ year master DJ and an accredited innovator of the Northwest underground music scene. Born in Iran to deaf parents during the Islamic revolution, he emerged from a challenging past to build an impressive presence in the electronic music industry. Siavash is an animated performer best known for being a musical journey-weaving wizard. He honed his brilliant technical skills during the vinyl-only days of the 90's. His unmistakable sound resembles his charming personality that draws so many to him: powerful, dirty, magnetic, and emotional. His original studio work has been signed to iconic labels such as Get Physical and Mobilee. Siavash’s critically acclaimed music has placed high on multiple Beatport Top 100 charts. In 2022 he also launched an ongoing collaborative project with techno pioneers Pig&Dan. As label-boss of You Plus One, Siavash is very involved in the creative direction of each release. He handpicked the YPO roster which now boasts leading international talent including Rodriguez Jr., Oliver Schories, Super Flu, and Einmusik. With this label he’s ventured to help put Canada, especially the west coast, on the global dance music map. In addition to being the creative-architect behind successful brands and venues, including his own infamous underground afterhours, Siavash has carved a touring career with his addictive combo of style, soul, and stage presence. He has played regularly at top venues and festivals across the planet including Sisyphos (Berlin), Thuishaven (Amsterdam), BPM (Tulum), Lightning in a Bottle (LA), Club Space (NYC), and is currently an international resident at Latin America’s most legendary club, BarAmericas. Siavash continues to win hearts and gain a cult-like following wherever he’s heard around the world.