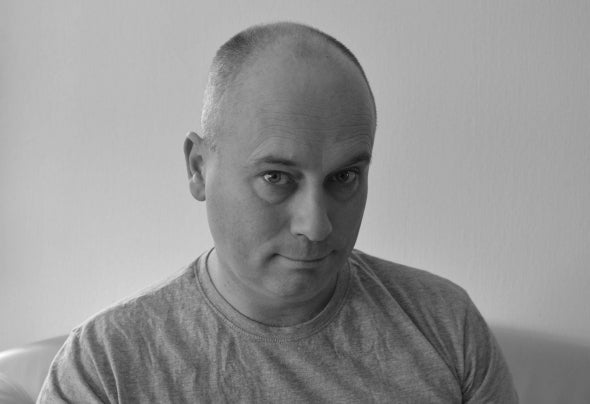 Upcoming talent in the MgM family: WESPERDJ Wesper is a DJ, composer and producer from Vlaardingen, Netherlands and has been DJ-ing since early 2006. After he visited Berlin in the summer of 2006 and visited some clubs there, he started to compose minimal dubby loops to create a completely self-composed set. His tracks have been influenced by uptempo-electro, Basic Channel minimal deep dub and spheric original soundtracks from movies. Uptempo percussive techno and electro flows into dark tracks witha melancholic spheres and synths. Wesper has already played inforeign countries in this short period of composing. He was invited in February 2009 to perform in Nantes, France at Prun FM and returned to Nantes for his first club gig ever, at the Remorqueur. In the Netherlands,he played at a variety of small venues such as DJ Café Bootleg in Rotterdam. There he hosted his Origin Park DJ nights from 2010-2012, inviting some local DJs as well as bigger names from thescene. Beside that he performed atthe Twstd and XT3 Radio in Amsterdam, Parkhof in Alkmaar, Café d’Anvers in Antwerp. In 2013 he joined the Morninglory label tour inSri Lanka. His mixes have been broadcasted through internat radio in Germany, Argentina and France. Wesper has released severalEPs on the Morninglory label since 2012. Some of his deep, chillin’ambient tracks have been released through Morninglory Ambient,Wesper remixed tracks forResolutions, Morninglory, Noizy Flight and Adam Firegate to name afew. Since 2008, Wesper hasproduced various music videos featuring some well-known dutch models. These videos have been watched well worldwide from his Youtube channel. One of his main video projects was to have a video for all remixes of the Silent Eyes Remix EP, released in late 2016. Also, he composed music and shot videos for the Dunkirk Tourist Board, to make a special way of promotion for the city of Dunkirk.