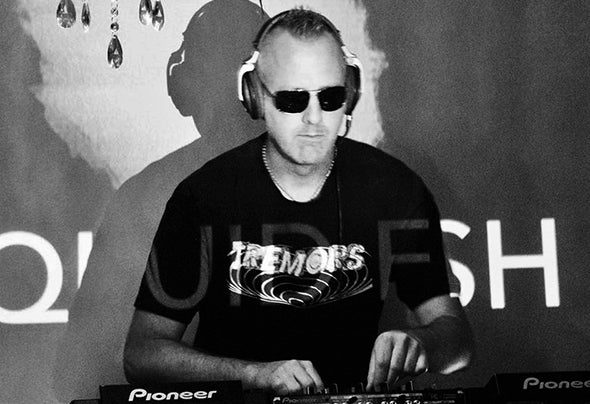 Eric Fischer aka Liquid Fish has been pushing musical boundaries since the early 90s. Rooted originally in Southern California's legendary desert scene, Eric has infected dusty desert danceoors to clubs, underground warehouses and music festivals, playing hundreds of events to a growing and dedicated fan base. Eric is the founder of the LA based collective, The Rapid Eye Movement (TREM) as well as owner and founder of Tremor Records. His music focuses on powerful, deep and progressive soundscapes with intelligent architecture and dark, complex grooves. As Liquid Fish, Eric is known for bending genre boundaries with deep arrangements that he mixes together seamlessly with pure musical mastery. He is a true pioneering legend from LA's deep underground.