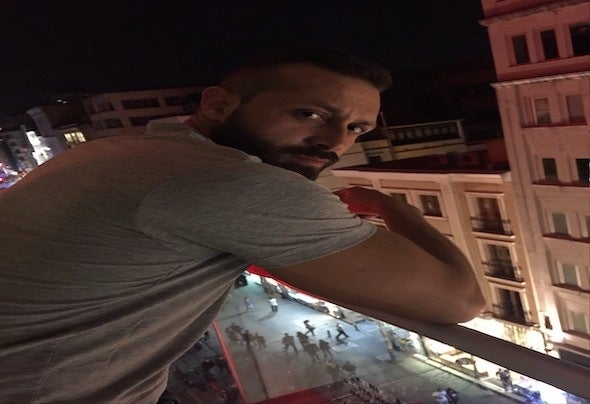 Ramus is a rising new Music Producer talented in remixing, producing, lyricizing, and radio hosting. Starting in 2006, he began to make his name in many nightclubs in major locations. In these rst years, he created a fan-crowd coming out to hear his unique blend of music. Since then, he has released his own tracks globally, and continues to write new tracks with various well- known international artists. His specic interest of genres are Melodic Techno, Dark Tech House, Deep Progressive and other genres . He is inspired by his own recordings. His latest tracks can be found on several major music platforms such as Beatport, Junodownload, SoundCloud etc. Proudly saying that his rst EP, Whisper, has been in the Top 10 releases of Beatport and drawn a great interest. He has releases on Empire Studio Records (Turkey) KP Recordings (Turkey) Morning Glory Music (Holland) and 1980 Records (UK). You can also listen to his radio/podcast shows on Cosmos Radio in Germany and on Loops Radio in Turkey. He says that this is not the half of it and it's only the beginning. He is a great promise, into love of music that will embark him on a journey to new inuences for moving the masses. The best is yet to come. Fasten your headphones, and ready to take off!