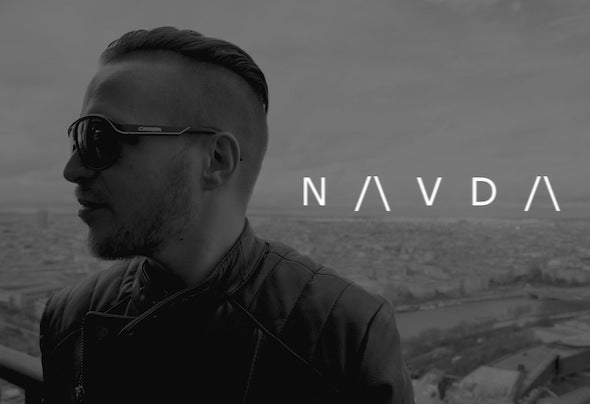 NAVDA was raised in Rotterdam. At the age of 8 he heard House/Techno for the first time and was immediately addicted to this form of music. In the years that followed he has been exploring this culture of parties and producers. Every weekend that he could he was at a party/festival getting inspirations and feeling the love for House and Techno. He is inspired by Jeff mills, Carl Cox, Vitalic, Miss kittin, Tiga, , Michel de hey, Jooris Voorn, Dave Clarke, Gui Boratto, Adam Beyer, Radio Slave, Secret Cinema and many more. The years that came NAVDA has developed his own styles. When you listen to his tracks you can hear that each track sounds different and unique. From melodic groovy House to pumping Techno tunes! It´s best to be described as groovy, energetic and uplifting. Aged 21 and co-founder of Soulpunkers, they released several E.P.´s such as Angels and Pussy Distortion. The tracks were a blend between Electro, Techno and House, creating their very own distinctive sound, which they played in clubs such as Bootleg, Catwalk, Club zonder Concessies and many underground parties. Sadly, creative differences eventually split them apart. After which NAVDA focused on clearing his mind for the next step in his career as a solo artist. NAVDA’s debut starts off on January 2014 on Audio Autopsy where he released several productions and remixes such as Noisy – Who’s afraid of noise (NAVDA remix), Weakness Ep and Fornicatio on a compilation album Down the rabbit hole vol.4 later on several other labels showed interest in his work where he also released work for KP Recordings, Champagnoise and Analog is Dead where they will manage advertisement, publicity, releases, remixes and bookings. For bookings mail @t: bookings@analogueisdead.com Follow N / V D / on: