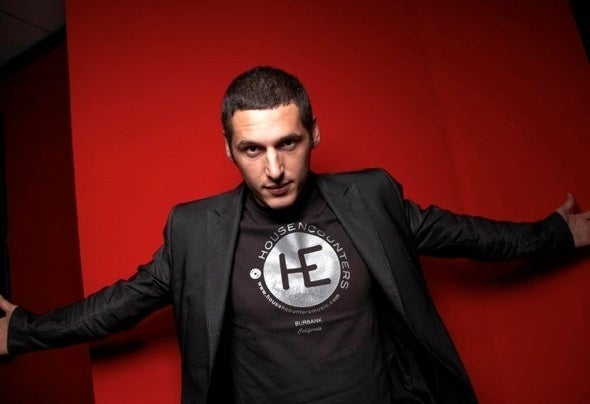 Loris Gabriele aka GABRIEL WISE, was born November 2, 1984 in Bra (cn) - Italy, is a DJ and producer of house music / Electronics. At the age of 13 years, his music listening was divided into different genres (pop, revival, funky, rhytmes & blues, rock, rap, hip hop and dance). At 14 years old approaches to 'House Music listening to the various international DJs on the scene (Erick Morillo, Frankie Nuckles, Loui Vega, Dj Pippi, Jamie Lewis, David Morales, Stefano Noferini, etc ...) and widened his knowledge of this typically, from birth to the evolution of the various sub genres favorite soulfull, chill, deep, classic, tech, funky, underground. At the age of 16 years after deciding to learn the basic techniques of mixing assembles his first console and begins its search for sounds that convey a certain "warmth" balearic.Finally in 2002 he was able to perform in front of an audience at a private party, hence began his career in a variety Lounge Bar, Clubs, Private Parties, Clubs. In 2006, he took part in the project "HousEncounters Music", conceived and born in the USA by "KIRV MUSIC RECORDS" in Los Angeles (CALIFORNIA-BURBANK) and Dj Roby Di Malone. Hence, the FAMILY HousEncounters Music.He still works in the first person on this project, which aims to raise awareness and listen to sounds due to the style of the birth of house music in Chicago (and all its development), and the typical sounds of the Balearic Islands (Ibiza-Formentera ). In DJ set is often accompanied by percussionist Norman Denver and saxophonist Jazzy Lu (which are part of the crew HE music).In his DJ sets GABRIEL WISE sounds: HOUSE Classic, Deep House, Chill House, Soulful, Tech House, Electro Funk, Underground.