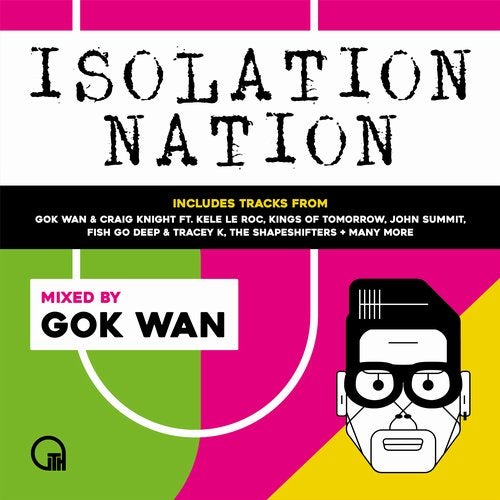 Born out of a need for community and friendship during uncertain times, Gok Wan's Isolation Nation live streams became a uniting force throughout 2020, bringing people together with one simple common denominator, great house music. The weekly parties, held from Gok's kitchen, drew in hundreds of thousands of views, and became one of the great success stories of the lockdown. Now Gok curates a special compilation featuring the standout records that featured in his weekly sets. "After hours of partying and months of dedication how could I not create a positive soundtrack to a year will we will never forget? A year where we danced away our cares," says Gok.

Featuring original productions and remixes from house music's A-List, Gok Wan presents Isolation Nation features records from The Shapeshifters, Mousse T., Seamus Haji, Candi Staton, ATFC, Soulsearcher and Shakedown, as well as Gok's own collaboration with Craig Knight and Kele Le Roc 'Let Me Be Your Fantasy'. Powered by soul and passion, from disco essentials, to 90s classics with a big dose of fresh house cuts, this is the essential compilation for lockdown listening and beyond.