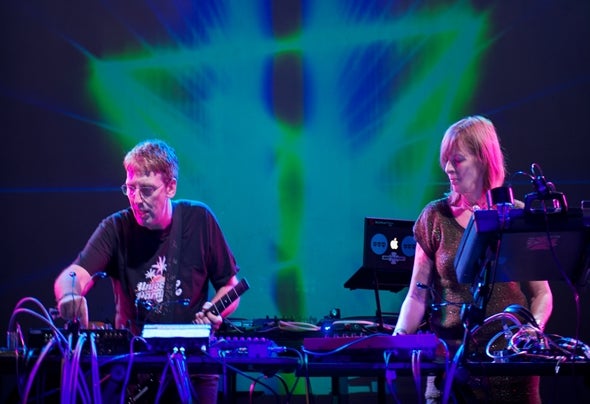 SYSTEM 7’s Steve Hillage and Miquette Giraudy have had a strong influence on the birth of psychedelic dance music and it’s journey up to the present, forging a unique and bang up-to-date identity on the genre map, in a space where techno, progressive and trance meet – with a healthy side-element of unique quality ambient chill. Since the beginning of the 90s System 7 projects have been marked by a series of high powered collaborations, working with Detroit luminaries Derrick May and Carl Craig, Laurent Garnier, The Orb, Jam El Mar, Son Kite among others. System 7’s club singles have had outstanding remixes from the likes of Plastikman, James Holden and Dubfire, whose mix of Space Bird was number one on Beatport’s main chart for 2 weeks in 2008. Inspired by time spent in Berlin, System 7’s new album UP tips the balance a bit in a more techno and tech house direction, still showcasing the unique System 7 sound with ultra modern production and a feeling of positivity. The new single, taken from UP, is PositiveNoise, a collaboration with Berlin-based A Guy Called Gerald, and features a new deep techno remix from Carl Craig and a powerful remix from Japanese techno star A.Mochi.