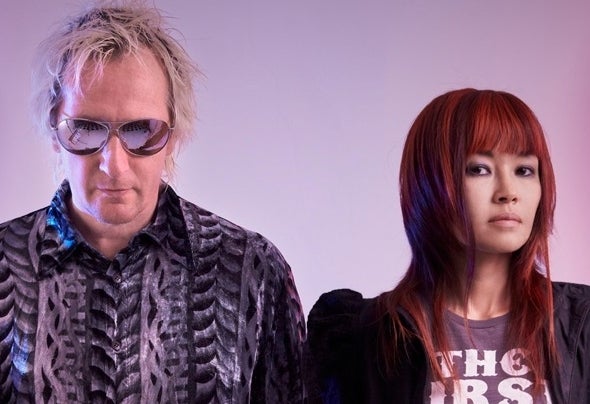 Zen Lemonade is the alternative electronic music unit of Gus Till & Supercozi. Gus was one of the key producers in 90's UK Psy-Trance scene where he was part of Slinky Wizard and BUS, releasing many tracks on labels such as Flying Rhino, Tip, Dragonfly, Blue Room and many others. It was during this period that he met Supercozi who originally hails from Tokyo. She was also a producer and DJ and they started working in the studio together immediately and soon, Their own genre crossing sound were emerged. Soon afterward they had setting up the base in Devon / UK where they forged their debut album " Lemon Soul " - This was released in 2002 on Youth's Dragonfly Label and immediat ely garnered crit ical acclaim.This saw them invited to play festivals/ gigs all over the world: Greece, US, Thailand, Mexico, Tokyo, Australia, Indonesia, Finland, Russia, the UK etc.Since then they had been releasing many dance / chill out tracks as Zen Lemonade and both as a solo artists from the many respected labels around the globe.Towards the end of 2002 they moved to Bali the 'Island of the Gods' and Cozi had set up her own label " Hypo=espresso Records " in collaboration with Japan's leading indie label Wakyo, releasing albums and comps.In 2009 they released their long awaited 2nd full studio album " Babylondon" from greek label 'Electronic Soundscapes'. - this time a deep organic fusion of Dub, Breaks, Nu-Electronic funk , Ambient Groove and 70's Psychedelic Rock with deeply rooted techno influence. 6 years since their first album, this had showcased their constant musical evolving, embodying full new psychedelic statements of the sort only they can make! Every track has a distinct dynamic groove - digitalized yet deeply organic, thrilling soundscapes and featuring a cast of fantastic musicians including a special appearance by Steve Hillage of System7 .Currently they are working on new dance album.For more information :Zen Lemonadehttp://www.facebook.com/zenlemonade http://www.myspace.com/zenlemonadeGus Till http://www.gustill.comSupercozi http://www.supercozi.com