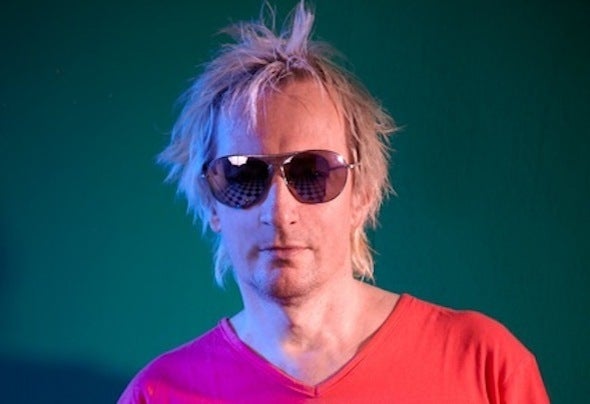 Gus has been active as a musician, producer and Dj for most of his natural born life. Originally from Melbourne Australia, his initial forays into the heady world of music were in the emergent punk/ new wave scene of the late 70's/ early 80's where he played in The Ears, Beargarden and briefly in The Models.In the mid 80's he became much more involved in studio work and was part of Michael Hutchences alternate band ' Max Q' . Around this time he succumbed to the siren-call of the nascent electronic dance movement and by the end of the eighties was one half of the electronica duo 'Third Eye' before finally departing Australia for the Northern Hemisphere.Gus moved between Paris, New York and London, where he finally settled down and became part of the burgeoning trance scene, working for all the labels involved at the time and becoming the in-house engineer at Youth's legendary 'Butterfly Studios' and 'Dragonfly Records'. He joined pioneers 'Slinky Wizard' and became an in-house engineer/ producer for Flying Rhino Records, also releasing under his own name and as 'BUS' and 'Stoop & Fidget' with DJ James Monro and producing countless single/EP and compilation appearancesGus' DJ career also kicked in around this time, which saw the next several years constantly travelling to exotic locations playing amazing festivals. During this time he also kept his finger on regular studio bizz also working with Jamiroquai, Manu Dibango, Todd Terry, System 7, Adam Freeland, Bim Sherman.... and many more... in one capacity or another.Gus is still exploring new sounds and styles and is fully involved with dance music, expect new solo work and releases from both BUS and Zen Lemonade!More information : www.gustill.com