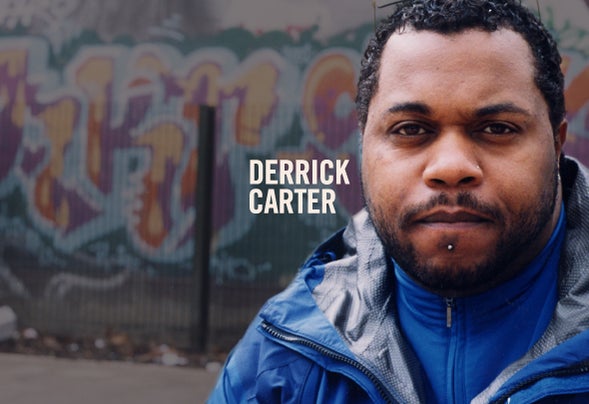 One of the pinnacles of Chicago house music's '90s wave, Derrick Carter began DJing at the age of nine, spinning disco records at family reunions. His debut single "Love Me Right" appeared in 1987, just after he graduated from college. Another single ("Symbols and Instruments" as Mood) appeared in 1989, but the Chicago house scene faded soon after, leaving Carter and other artists with few to play for except themselves. Thanks in part to Cajmere's and Felix Da Housecat's respective labels (Relief, Radikal Fear), Chicago house made a comeback during the mid-'90s and began to offer impressive newcomers in addition to the old guard. Carter, recording for the Organico label, returned with several singles, and an album as Sound Patrol. In 1995, he began working with a live band as the Sound Patrol Orchestra. Though he hasn't released a production full-length, several mix albums have appeared, including Cosmic Disco on MixMag and Pagan Offering on Pagan. Carter has also founded two labels (Blue Cucaracha and Classic) and remixed tracks from Chicago's own post-rock heroes Tortoise