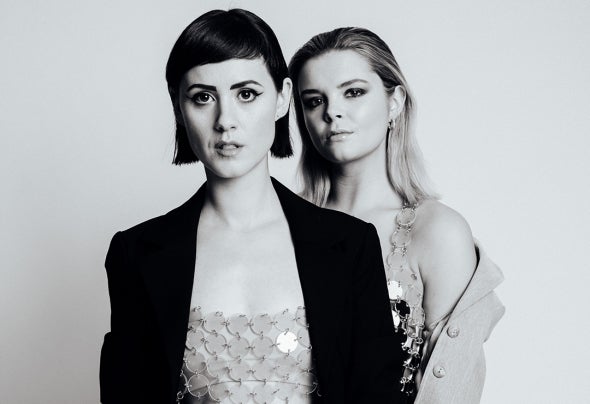 EKKAH are a disco/ funk duo comprising of Rebekah Pennington and Rebecca Wilson. Having arrived with a soulful and funk edged sound they’ve already become a widely recognized up and coming live act in the electronic music space. Their unique ability to each play multiple instruments, alongside harmonic vocals all the while blending funk bass lines and grooves, and saxophone sass, has won them fans across the musical spectrum. Having grown up together, the duo bonded over a mutual love of music and soon started writing their own material. They released their debut track ‘Last Chance To Dance’, followed by ‘Small Talk’ and ‘What’s Up’ (collaboration with U.S. producer Dam-Funk), making their mark as one of the most unique, fresh and authentic female bands around. This has already led to a string of festival and tour dates including Glastonbury, Bestival and Secret Garden party, as well as headline shows in London. 2020 sees EKKAH back in the studio crafting new material and wowing audiences with their electric live performan