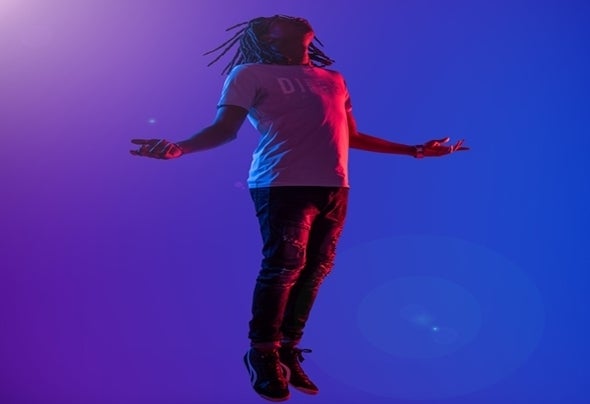 XtetiQsoul real name, Siyabonga Ziqubu is a South African born Dj/Producer. He has been in the music scene for about 8 years . His passion and love for music had led him to develop himself in music production skills & Dj skills. In 2012 he dropped his firrst top single “Anointed” which got him fair recognition & a respective fan base across the South Africa. He performs in various clubs and festivals across Africa, engaging crowds through his energetic sets of high vibrating music. XtetiQsoul has made a name for himself in the underground Afro House music scene as the “One Man Orchestra ”. He earned respect from the very people he looked up to, In 2013 he gained huge recognition for his bootleg remix of 'Moment' by Musaria featuring Saturna. The song made waves in the South African and international music dance scenes and radio stations like Beats London FM, BBC1 Radio, HBR Radio as well as on local radio stations. He continued later releasing more great remixes until he was dubbed the “Remix Beast”. In October 2015 he released his debut album titled 'Fantasy' under label (Four SoundsProductions) where he featured artists like Kabomo, Jackie Queens, Nalize and many other. "Fantasy" was distributed by Universal Music Group South Africa (UMGSA), and received positive reviews from local media houses, radio stations ,television news ,music channels ,newspapers & magazines. XtetiQsoul has developed a versatile approach to making & playing music that appeal to everyone anywhere in the world and thus has helped him to build a strong international following as well. He delivers a unique sound which cannot be compared to anyone who is already in the music scene and has co-produced albums & singles for some of the great artists in South Africa. His releases are found on various local & international labels, Iklwa Brothers Music, Get Physical Music, Nulu, Baobab Music, Universal Music to name a few. Website: www.xtetiqsoul.com