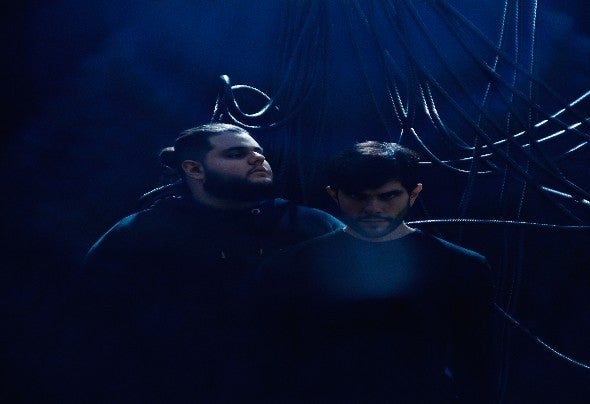 Mathame is a DJ/Producer duo developed by italian brothers Amedeo and Matteo Giovanelli. It began in 2013, whilst they were living in a forest at the slopes of Mount Etna, where they both worked crafting their unique sound. They absorbed and studied wide-ranging musical influences. The brotherhood duo exploded in 2018 with a hit single on Tale Of Us’s label Afterlife, containing the highly-anticipated “Nothing Around Us” and “Fade Into You” tracks, that have become an international success. They continued with another instant classic “Skywalking”. In 2019, they closed two remixes “All I’ve got” by Rufus du sol and “Lose Control” by Meduza both Grammy nominated artist in 2019. Their last release was a Adriatique’s collaboration remix with Tale of us called “Mistery”, followed by a third EP “For Every Forever” on Afterlife records, The release was awarded ‘The Essential New Tune’ by Pete Tong. In march 2020, Mathame released their very first single ‘Never Give Up’ via B1 Recordings/Ministry Of Sound which was awarded ‘The Essential New Tune’ accolade by BBC Radio 1’s Pete Tong, Mathame now launch their new multiplatform cinematic project, PHOENIX. The interdisciplinary brothers Amadeo and Matteo Giovanelli have innovated PHOENIX as a 3 Dimensions online stage and interactive space for bothartists and music lovers. In June 2020, Mathame launch ‘Never Give Up’ remixes and invite worldwide class artist to remake their incredible single such as Diplo, Lost Frequencies, ZHU, Adriatique and Vril.