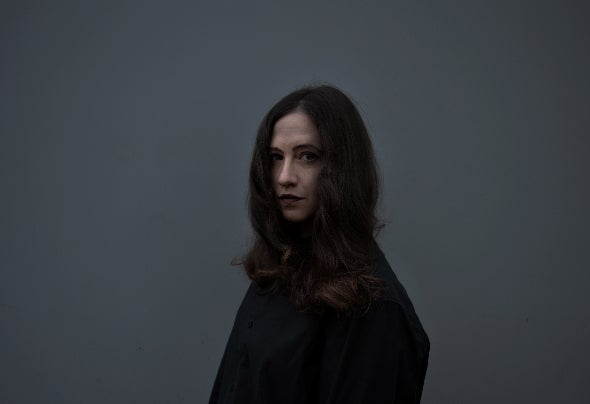 The love and dedication that Anna Jordan aka The Allegorist places in each project she pursues reflects an artist that thrives on creativity and creation itself, turning thoughts and narratives into a near-palpable reality. As an electronic music producer, singer, visual artist, sound designer or painter, she gathers in herself an ideal skill set that enables her to visualize a sonic reality, translatable into several artforms that comply with her futuristic, forward- thinking vision under her musical alias, The Allegorist. The Allegorist is a comprehensive electronic music project with a holistic approach based on musical storytelling. It stands for an imaginative journey through all ages, for a better future. The project mixes all styles and genres and sets no limitations. Every great idea is welcomed and included in the mindset of a diverse unity. The Allegorist sings in the fictional and majestic Mondoneoh language, to connect all nations. The name is broken up into three parts. The first is 'MONDO', which is a collection of dialogues between a pupil and a Zen Buddhist teacher, designed to obtain an intuitive truth. The purpose of 'NEO' is to update values for the 21st Century, which transcends the hierarchical, gender-biased, outdated aspects of traditions to one community of equality, diversity and inclusion. The letter 'H' at the end symbolizes the bridge between past and future, us and them, and the balance of darkness and light, yin and yang, the micro and macro, nothing and everything. In 2016 her debut album Botanical Utopia was released by the greek label Kraak Records. Her second album Hybrid Dimension I. was released in July 2018 at Detroit Underground, based in LA. As an alumnus of Amplify Berlin, Anna Jordan worked as an artist in residence in January 2019 under the mentorship of Robert Lippok in Berlin. In 2020 she worked as an artist at CTM Festival's art residency Musicmakers Hacklab ''Shapeshifters''.