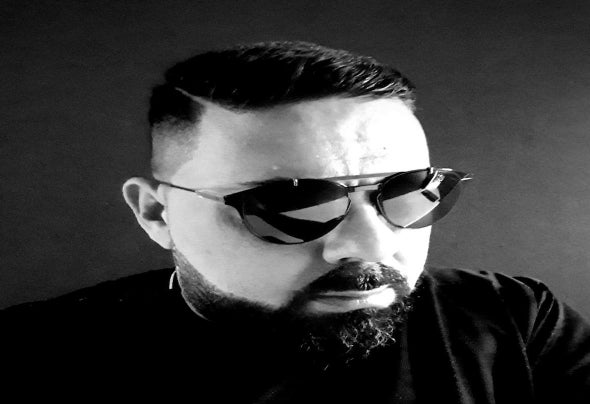 LAURENT C / BLINDATE Laurent started his career as an event promoter and public relations of the famous nightclub, the Palace. Like the music was his goal, and his passion, he decided to become artistic director and DJ producer in order to like working with the biggest clubs in Paris (Le Palace, Les Bains Showers, Le Queen, ManRay, Studio 287 ...). When he became Fashion TV's official DJ 20 years ago, he started travel the world as well known chain icon. Since then, it has been one of the most select parties on the planet. In 2018, he is resident DJ of one of the most underground & fashion clubs in TLV: ARIA and SECRET GARDEN ... and this summer he is resident DJ at SantAnna, the biggest luxury beach club in Mykonos Thursday with his own party: KINGSIZE where he welcomes some of the most sought after DJs like Luciano, Erick Morillo, Magdalena, Felix Da Housecat, HOSH, OXIA, Michel Cleis, Culoe de Song, Ritchy Ahmed, Miss Kittin, Neverdog, MANDY, Martin Buttrich, Klement Bonelli, Alex Kennon, Magit Cacoon ... Summer 2019 he is a resident of the Elephant Rooftop and Magic Garden in Ibiza where he will do the opening the season with Fritz Kalkbrenner. In the last 2 years he has produced over 30 tracks and remixes (AventuraDeep, Clatch records, ...) which has always been in the top 100 of the Traxsource genre ... Get ready to dance with us because when Laurent C is behind the DJ booth is always an amazing time. Booking request & Info Aventura Records, Inc. Pierre Zonzon pierre@aventurarecords.com +1 786.325.4944 (Call and Whatsapp) United States / Miami Beach