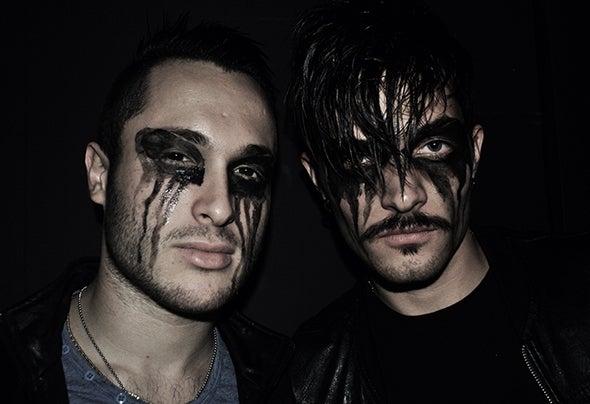 The Beat Cool Brothers (BCB), alias Joseph Sabusco (22, yrs Deejosh - Josh Beat Cool) and Michele Palomba (20 years Mike Beat Cool), born as a duo in the summer of 2011.Coming back from a low activity period as an artist, Joe decided to teach his best friend Mike the first mixing notions and technique on cdj. After that, they dedicated thems elves totally to the utilize of the Traktor digital system. Dj. Josh soon noticed the big musical value of his friend Mike, in addition it was very evident their similarity in style and musical taste. He decided to give more emphasis and weight to what was born as a joke.After a while and considering the excellent results , they founded the Beat Cool Brothers. The two djs immediately achieved great success between friends and during their performances. This positive feedback motivated them to continue the undertaken road.In December 2011 Beat Cool Brothers got their first official date with the new-event Glog Fun Party at the 'To: lab, which is the second experimental room of the disco club Amnesia in Milano.On that event DJ Josh & DJ Mike immediately showed professionalism and reliability, while respecting the genre in vogue and meeting the customers expectations. This ensured their confirmation for the other two dates in the same place and sanctioned the beginning of future engagements tackled with seriousness and dedication. They performed in an after in the Codice Club near Milano, then in an happy hour in Lainate and in a pool party (for 3 hours!). On that occasion they received appreciations and as well as confidence.They were engaged again by the disco club Amnesia to play during the central hours of the first Glog Fun Party the 15 of September 2012. To underline, their exciting performance at T he Loft in Milano, on Sunday morning, the 20 of October, which the BCB did a great dj-sets in warm-up on the international DJ Dubfire! As well as DJs, the BCB currently are moving in the world of production.It has already been produced 3 discs, publishing the ep Effect Example available on Beatport, iTunes and Juno Download, label digital Prisma Record.November 2012 has also seen the conclusion of a new ep'' Space'' Material which will come with the digital label Cubek Records (Colombia), when the track ‘‘Asteroid (Original Mix)’’ touched the #40 position in the Beatport TOP 100 , minimal genre.Slide masterfully with skills from 2 to 4 music tracks simultaneously for several minutes.Alternate to these, sinuous effects that let grow slowly the charge of the tracks, giving in the right time an adrenalinic explosion of bass and speakers .This is the technique of the Cool Beat Brothers.This kind of music is the development of different musical elements identified in the evolution of the deep-tech sung to the latest techno, which is more experimental with some minimalistic facets.They are two young boys, given their young age and short experience they do not still intend to be regarded as artists. They are motivated by a sincere passion and feeling, and the thing that more satisfies them is to see people dancing and jumping at every successfully well done music attack - this is what they claim.One certain thing is that such humility, accompanied with professionalism that distinguishes them, may be helpful to make them open the doors of success in the difficult environment of the clubs and underground music.In T he 23 October 2013 , born the BcB's Label, Atum Record.