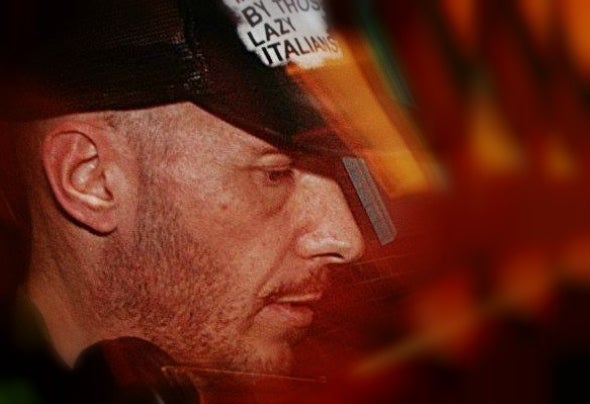 Damaged Man It was the year of our Lord 1996, when I started to buy vinyl and mix them for the joy of my friends. Immediately I started playing in various Disco-Bar in my small town San Benedetto del Tronto! then become a resident at Geko, a really beautiful place in the centre of the town! Meanwhile, from 2000 to 2005, along with other friends, we formed a musical association, called Live and let Live, which proposed, live performance with world-renowned artists such as The Doors (I have known personally, Robby Krieger and John Densmore, I took them with me in my car for trips from the hotel to the stage) Afrika Bambaata, Inti Illimani, Buddy Miles, The Wailers and plus many other Italian band such as 99 Posse, Afrika Unite, Reggae National Ticket and many others. In the year 2005 our association has won the award URPIG for the region Marche as the best promoter! but the breakthrough came in 2008 when I started to care about music production with a program that was in my first pc! Fruity Loop 4!!! Today I dedicate myself to the production of electronic music. For me, music is a global language, with my productions I try to speak my mind. I hope to be able to give you some excitement with my music, and if I can do for me is really nice emotion!