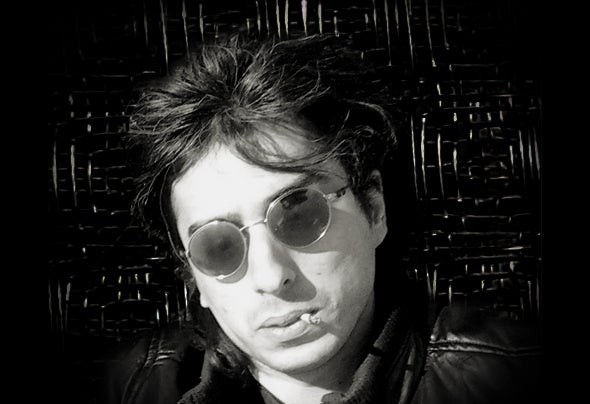 Dadgar Mohajer Taleghani (Dadgar) was born on April 4th, 1983 in a family of musicians in Tehran. He was motivated by his father, Kaveh, a former singer and electric guitar player of a local rock band in Aachen, Germany in the 70s'. Dadgar, electric guitar player, singer and songwriter, started to work with early DAWs in 1999, recording his first tunes. Dadgar and his highschool friends formed a rock band, where he met Mita Maleki. Dadgar and Mita Maleki, the classmate of Yasser Bakhtiari (YAS), started their professional career together producing YAS's first Hip-Hop songs in 2004, and later they collaborated in the production process of several Persian pop and hip-hop musical tracks. Dadgar, was also interested in electronic music, and techno became his favorite genre after rock. Dadgar is also the founder, the lead singer and the lead guitarist of the Glam Metal band "illuminiac".