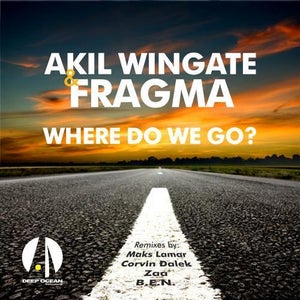 Where Do We Go

We are delighted to welcome on board Fragma and Akil Wingate with their long awaited new single "Where Do We Go", Fragma also known as the Fragma Project was founded in 1998 by brothers Dirk and Marco Duderstad. Their first release "Toca Me" that we all know and dance along years back, in collaboration with top producer Ramon Zenker, was an instant hit! It topped several dance charts around the world and reached TOP11 in the UK Singles Chart. Akil Wingate produced a series of top tracks such as "Give Love", "Scandalous", "Jump On It", "All Day All Night", "Hearts On Fire", and collaborate with the man himself David Guetta and Joachim Garraud in the outstanding song "Save my Soul" This time joining forces with the talented artist, producer and engineer Maks Lamar, the renowned Hungarian artist Corvin Dalek, B.E.N., responsible for several compilations for "Gatecrasher" and the Mexican producer Zaa Nightology. Making this release a must have in your collection!