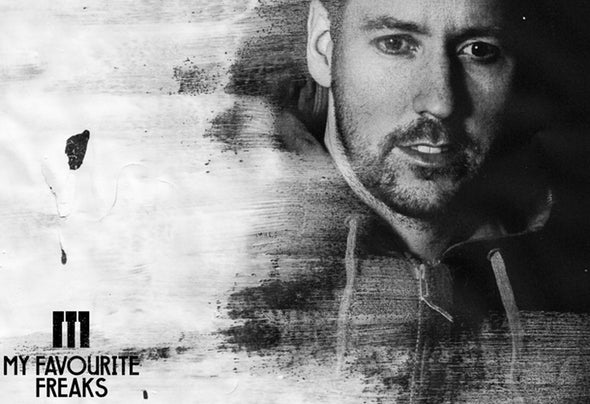 Broombeck is a solo project founded 2008 by Marcus Schmahl, a true musician who is working as a composer, sound designer and producer since 1992 and is the driving force behind music projects of different genres such as hip hop, downbeat, jazz, lounge, house, techno, electronica, electro and drum'n'bass. 2014 he started his new imprint YES WE CAN. As Broombeck he has concentrated on Electronic Dance Music and released his successful tracks on influential labels like Mistakes Music, Opossum Rec. and Terminal M. "The Clapper" one of his most successful track so far and "Mono Turn" that topped the Beatport.com charts more than 6 weeks in Sept./Oct. 2008 and reached # 8 at the Beatport.com 2008 sales charts, followed by a re-entry into the Top 10 in Jan. 2009, are played and found in nearly every playlist of international DJ icons like Richie Hawtin, Deadmau5, Axwell, Carl Cox, Joachim Garraud, Dubfire/Deep Dish, Sébastien Léger, Monika Kruse, Karotte, Ricardo Villalobos, Steve Lawler, Funkagenda, Marco Carola, Bodzin, Loco Dice, Umek and many many more. His remixes (for artists like Monika Kruse, Elite Force, Format B:, Marko Nastic, etc.) have received fantastic feedback from international DJs and producers. It's not easy to describe the sound of Broombeck, or even to put it into one genre. It's influenced by his background of different styles of music, combined with percussive grooves, deep bass lines, huge breakdowns and a lot of experimental sounds - it's like a composition of various music genres that are combined to create a new track. In 2009 Marcus started to introduce Broombeck live at selected clubs like Cocoon in Frankfurt or Berghain in Berlin. His deep understanding of music, let him create an atmosphere and Live act that Sébastien Léger commented with the words: “Broombeck's live shows are incredible. Proper techno.” (DJ Mag) Statements about Broombeck: "The funkiest techno affair 2009" - "one of the most promising newcomers at the moment - groovy and powerful“ "He earned the reputation of well known DJs and producers in a very short time - from naught to a hundred!”