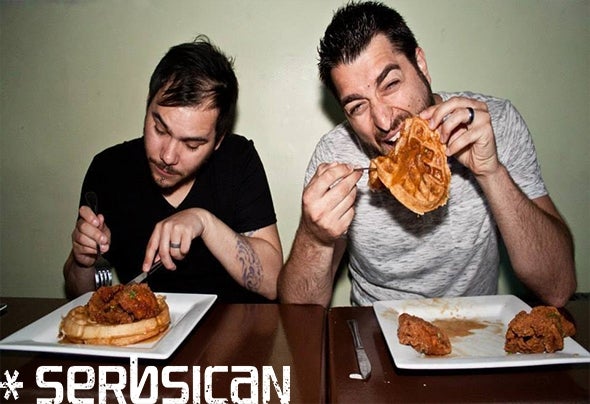 The electrifying and dynamic duo of Serbsican has only begun to emerge onto the ever evolving international DJ/ Producer scene within the past year of their merger. With their in depth experience and dedicated attention to detail, they produce a variety of tracks, in which appease to many EDM genres. Serbsican's debut track, "Passport", exploded with attention from the likes of Z edd, Ron Carroll, Porter Robinson, Miles Dyson, Mord Fustang, and most notably, Nicky Romero, as the track was fan voted number one on Nicky's Protocol Radio for over two weeks!After the initial release of "Passport", multiple record labels took immediate notice of this explosive track, and was eventually signed with Germany's Plasmapool Records,TRXX sub label, .Prior to the public release date, "Welcome to My World" featuring R.O.N.N. and Siren was featured on both Quintino's SupersoniQ Radio and Promise Land's Amazing Show #148.Also grabbing the attention of multiple fan bases, was the official remix of Eric Prydz's track "Call On Me". Serbsican has also played alongside Lazy Rich, Eddie Halliwell, Topher Jones, and Baggi Begovic just to name a few during the time of their merger. As their determination and passion to produce new and unique tracks never ends, be sure to stay connected to Serbsican for upcoming music and shows!