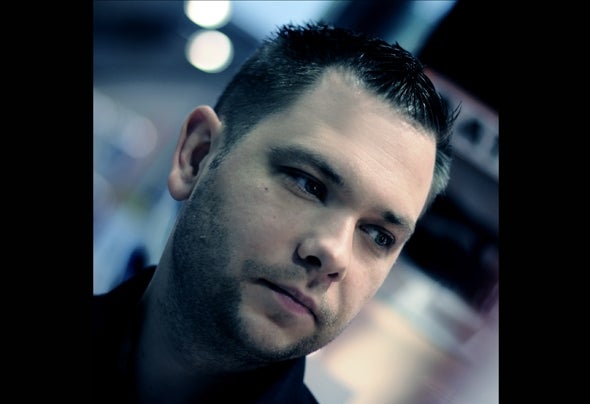 Polish techno artist. He began to make his first steps in creating music in the second half of the-90s. Then he began to create the first simple songs on a small computer with 8-bit sound. When he discovered the alternative electronic music he seriously began to think about creating. Overwhelmed by old minimal, and Detroit techno he decided to try his luck on the local scene. At the end of 1997, along with friends he had the opportunity to present his works in the club Gong in Bydgoszcz, where he lived then. Despite a very modest and budget equipment the material has been warmly received by the audience. By 1999, he Grinder had still some opportunity to present his songs in local clubs. Over the next few years has focused exclusively on the production of new material, but failed to find the publisher. Activity was suspended for a few years.. After moving to Poznan he decided reactivate the production of music and about 2006 y began to release new songs. High impact on new material of Grinder was made by unsurpassed style of wonky techno pioneers from the UK. Moreover, his life in a new place was reflected in the works. Using the old material he began conceiving publishers what gave the sense of his actions. By today he has released a few of digital EPs, a lot of compilations which appeared in his works and remixes came out. In 2014, Thomas Grinder planned the release his first album, which will be a kind of summary of his so far musical activities.