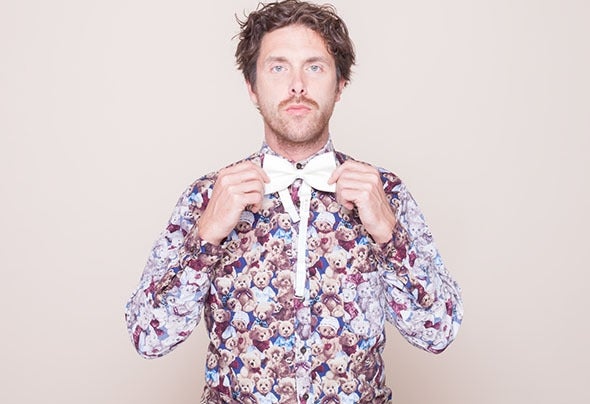 It’s clear music runs through the veins of Steven de Peven aka Awanto 3. Not only has hereleased multiple EP’s on imprints such as Rush Hour, Dekmantel and Voyage Direct, he’s also seen hundreds of dance floors while dj-ing in front of them; Panorama Bar (Berlin), Concrete (Paris), Trouw (Amsterdam), Dekmantel Festival, SXSW (Austin, Texas), Awakenings Festival, Fuse (Brussels), Village Underground (London), Nitsa (Barcelona) and Pitch Festival just to name some high lights. To pin down Awanto 3’s sound as a dj is not easy. He likes to go from boogie, to disco and from booty to house, but then again don’t be surprised to hear some afro-beat, acid and an occasional techno record in his sets as well.Awanto 3 just released his new album ‘Gargamel’ on Dekmantel Records.of 2017. If you haven’t had the chance of hearing this musical mastermind in real life, Awanto 3’s agenda is filling up with gigs such as Dekmantel Festival, DGTL, Awakenings andSelectors for this year. And for those who have been holding a close eye on the artist, they will surely come back for more.