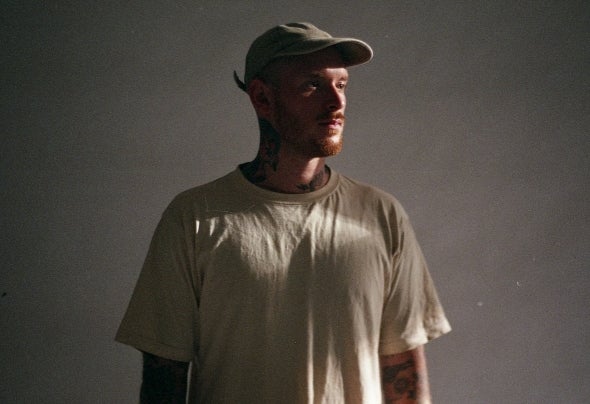 Harvested from a small town near Stuttgart, Germany, it was only a matter of time for Berlin-transplant Fabian Braunbeck to cultivate his own distinct sound as an electronic music artist. So it doesn't come as a surprise that his music is already being played by the who-is-who of the scene, such as Ame, Solomun, &ME, Rampa, Blond:ish or Adriatique. Rather than getting stuck in an age-old novela of art and artist hide and seek the former nightclub talent booker, maintained a firm foot in the scene, while nurturing a dreamy eye out for musical production, which led him to his first international shows from New York City, London, Amsterdam, all the way to Bali.Patient and silent an observer, yet ambitiously simmering his own flavor in the backburner. With an impressive curriculum vitae in all facets of the cutthroat underground electronic music and party scene, not to mention an innate savvy navigating the tunnels and arteries that connect them, Fabian, more commonly known as Braunbeck, effortlessly assimilated into the Berlin inner circuit as someone rough and weathered.His ear for what keeps the parties going in the hip city’s hottest clubs, such as Watergate, About.Blank, and Sisyphos, through the years transpired into a nuance adeptness in DJing, and the perfunctory record-digging and rhythm pulse-taking, into an intimate consanguinity with the very synergy of music.And as necessary as direction, sometimes it’s best to let everything fall into its place. After almost two years in Berlin, Braunbeck coalesced with like-minded artist/friendsand released his debut EP on the forward- thinking, label, O_RS. A few well-received releases over a short course of time, meanwhile allowing himself to indulge in some techno tenderness, assured Fabian he was treading the right waters.Looping his journey in full circle before unveiling the rich soundscapes and stories he shaped and crocheted just a nose under the horizon over the past decade, Braunbeck embarked on a new chapter in his promising career, launching his very own label, Sol Eterno, with studio partner and longtime friend, Hazel, in 2017. Intrigued by the graceful dance between coarseness and sensitivity, gruff and finesse - the essence of music, in drum and rhythm, bass and melody, Braunbeck let his intuition dally the course of his career, as a renegade in today’s music industry, vulnerable only to the inertia of groove.Mgmt: carsten@jm-mgmt.com Booking: julia@kumo-artists.com