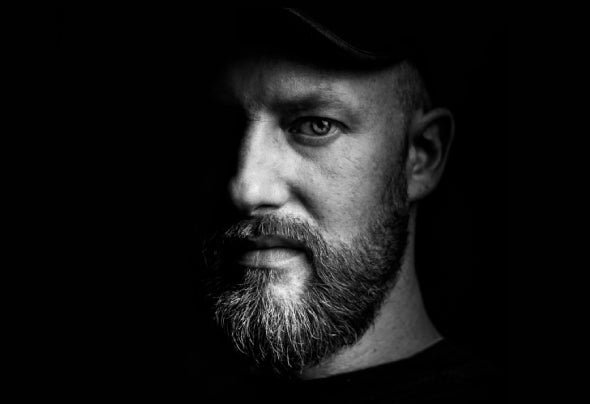 It was in 1994, when Stefan Braatz intrest in electronic music began. Radio shows such as “Brain Candy”, “Rave Satelite” and the legendary Steve Mason with his experience grooves where his initial influences and stamped him with lasting effect. At that time “E. Werk” as well as the “Globus / Tresor” counted to his preferential clubs. The interest and the urge to produce his own music and his own unique style became bigger and shortly afterward he decided to get himself some equipment and to try himself in it. In the beginning Stefan played primarily break beats, Jungle and Drum&Bass. Over the course of time he started to mix different styles with each other and developed his own way to express his music. With his friends he organized underground parties in old demolition houses for some years to finally showcase his love for music to the public. Once Stefan discovered Acid House on old Chicago House recordings which completely captivated him he started to devote himself more and more to this kind of music. The love for Chicago House and the enthusiasm for the history became bigger and bigger, so that in 2000 he decided to try himself out and provide these sounds with a new flair in his own interpretation. In 2004 Stefan created his own platform single-handed, in order to publish his characteristic sound. Shortly thereafter the first publication on his label ADAPTER RECORDS with the title "What Is Acid" followed, which was out of print fast. At that time ADAPTER was well received by a Bochum distribution, where Stefan made friends with his minimal Acid House very fast. He began to become more and more interested in the background and functions of a record distribution and so it happened that he traveled back and forth between Berlin and Bochum to take part at that. Later on the distribution moved to Berlin, where the work and productions of the label were exercised more intensely. During his time at the label he got to know various producers and musicians, among the rest, the legendary Lady B. and his nowadays highly esteemed friend and colleague Eric D. Clark. With him and in collaboration with Mister Supa Dupa Tyree Cooper he published on ADAPTER RECORDS, which should then become the last release on his label. Under the pseudonym DELICUT, Stefan played next in Berlin clubs and surroundings to present his own productions and the international artists on his label to the world, including clubs such as “Globus/ Tresor”, “Stellwerk”, “Bhf.78” and “Klarsicht”, where he hosted a party series called "Tech Noir". Since 2008, the focus of his artistic work has been on projects with friends, such as "Crack Jack", "Brummkreisel" etc., which are increasingly gaining in attention. At the same time he has brought his music to light on different platforms such as “Robsoul”, “Soul Deep Inc.”, “Shaker Plates” as well as many others. PS: I do not intend to copy anything, nevertheless, but I will not invent anything new either. I’m only trying to combine the past with the present. S.B.