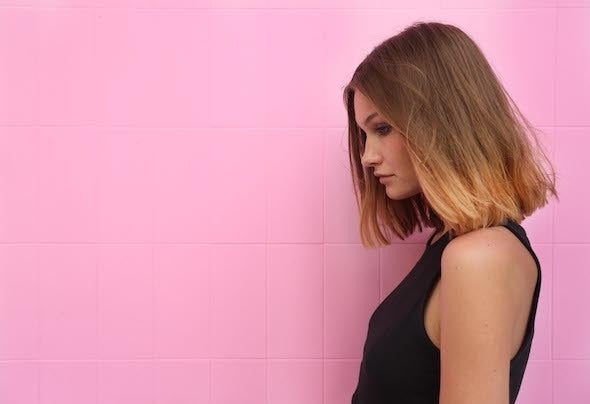 KATJA is a Berlin based House and Jack-House producer/DJ who has shown incredible talent since first debuting her unique sound at the tender age of 18. Her musical endeavors started young, based on a passion for 80’s and early 90’s Hip-Hop through artists such as Grandmaster Flash, A Tribe Called Quest, Dr. Dre & Talib Kweli – all of whom tastemakers who inspired the young talent to explore to the art of turntablism – blending beats into a sound unique to her own intended sonic direction. KATJA quickly developed her talents, falling fast in love with the sound, energy and aesthetics of house and techno after discovering a friend’s vinyl collection - a vast repertoire of 90’s Detroit House. She has now concentrated on developing her unique style of house music with a big passion for analogue synthesizers – all the while staying true to her Hip-Hop roots. Drawing inspiration from artists such as Loco Dice, Maceo Plex, Nic Fanciulli and many other contemporary artists whom specialize in blurring the lines of current electronic music. Now breaking through into the European underground scene, KATJA has caught the eye of labels such as AVOTRE where she will be making her debut release later in 2016 and has a packed touring schedule for the rest of the year, which includes dates at Watergate Berlin and Boxxed Warehouse in Birmingham, plus further shows with AVOTRE in Dublin and a show in her hometown of Nuremberg.