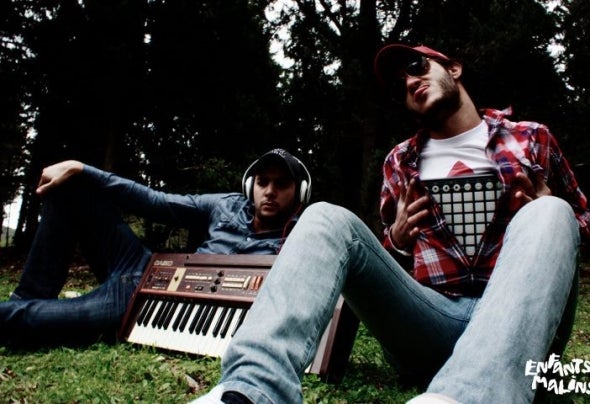 Enfants Malins is a project born of different styles of two young Tunisian artists named Amine Abbouz and Ghazi Gharbi.Big friends, they are involved in electronic music since they are young. They developed a style that could not be defined wit h ot her t erms t hat "groovy",beating between deep-house, techno and tech-house with their special touch by excellence, full of sounds of drums and percussion, always able to create a special intensity in their music.They have now the chance to work and perform with some of the most experienced, inspiring and valuable members and events of the Electronic music scene today.Enfants Malins, impress every time the crowd with their groovy sound behind the decks, and wit h t heir breat ht aking harmonies while performing live.Being a young duo who which just set off there isn’t much we can say about them, but we can certainly say that good things are ahead of them and we’ll just have to let the music speak for itself.At the same time he is working with his friends partners HearThuG & Haze-M, on a tunisian label named Dance till death (DTD RECORDS).