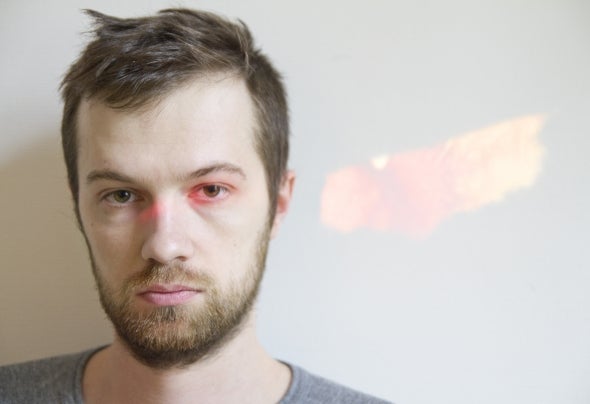 Clement MeyerUncanny and decadent beats are what Clement Meyer is all about. Armed with a distinctive vision of the dancefloor that goes against the grain of tired electronic dance music trends, the DJ, producer and Get The Curse Music bossman has shaped a dark and timeless sound which has certainly not gone unnoticed by top industry players, the press and last but not least, clubbers around the globe.In 2007, he creates the Get The Curse collective, which begins as website with podcasts and playlists at the vanguard of electronic music.The website quickly becomes a touchstone of underground club music digital press . He wastes no time in taking the reins of a residency London’s famed T-bar in a partnership with Danton Eeprom and launches the notorious Get The Curse nights at Paris' Social Club. With a focus on mental hypnosis and intoxicated grooves, the residency provides Parisian nightlife with a much needed kick in the ass.2009 is the year of his first steps as a producer, yet it is with launch of the 'Get The Curse Music' label at the start of 2010 and his 'A Bucket of Blood' EP that he makes a strong impression on an wide array of DJs: Ivan Smagghe (“Mr Meyer, new star...”), Simian Mobile Disco (“Seriously amazing stuff”), Andrew Weatherall (“Best techno tracks I’ve heard this year”), Damian Lazarus (“It’s gonna be big!”), Paul Woolford, Tobi Neumann, Carl Cox are but a few of his early supporters. Clement Meyer instantly becomes one of the rising stars of the French scene with Get The Curse Music firmly established in the hearts and minds of top industry players.In 2011, the rise of Clement is far from faltering. Hammered by Magda at Timewarp and WMC, his EP on the unrivaled Kill The Dj is one of the label’s most hyped releases in recent memory. His Unconditional Unknown EP on Get The Curse music receives overwhelming critical success, receiving top marks from Resident Advisor who writes: 'Unconditional Unknown showcases Meyer as a brisk technician who also knows how and when to get out of his own way to let a track breathe and reveal itself in time'. As if this wasn't enough, remixes on Tigersushi, Turbo Records and for Gesaffelstein are further testaments of an ever improving sound. Performance-wise, Clément plays for demanding dancefloors accross the world, with memorable gigs at Panorama Bar (Berlin), Fabric (London), Robert Johnson (Frankfurt), Arma 17 (Moscow), Mondo (Madrid) and Fuse (Bruxelles). No wonder he became a resident of Paris' legendary Rex Club in 2011.Brilliantly spear-heading the French scene's renewal, there’s no wonder he was named "Best emerging talent of the French electronic scene” by magazine A NOUS PARIS". With upcoming releases in the works for Magda's Items & Things, Jennifer Cardini’s new label Correspondant and remix projects for The Rapture’s Throne of Blood imprint, it’s only the beginning of Clement’s journey. Be warned, you ain't done with the curse.