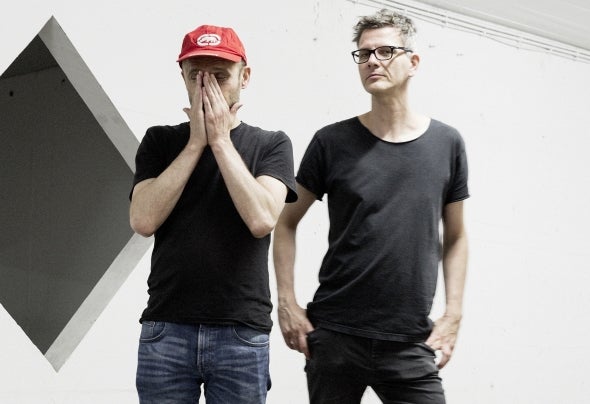 In their teens, Daniel Varga and Michel Kuebler start to make music together. Daniel is being attracted very much by dark wave and EBM, whereas Michel is more interested in how a good song, by Lennon/McCartney e.g., works. On strawberry fields they work hard to buy their first synthesizer.In the 90’s they meet the French singer Laetitia who had just moved to Germany because of French/German love. In 2000, the three form the band rework.After three Eps, in 2003 rework release their first Longplayer “Fall Right Now” on the German Label Playhouse. Caro, who is French too, also sings with rework from 2003. Of different reasons, both singers leave the band – Laetitia in 2004, Caro in 2005. Sascha Hedgehog, frontgirl of the French Beat-Punk band Les Quitriche joins rework in 2005.The music of rework is cold, minimal and funky spiced up with French and English lyrics about the ramblings of that crazy little thing called love. Lots of charme, jane birkin type moods, a new wave feel and euro-girl vocals takes us into sublime pop territory. Their music is called by themselves "cabaret-independent-house". Sascha makes her debut with rework on the EP “Psych Doll” which will be released on Playhouse. Sounding darker than the voices of her predecessors Laetitia and Caro, Sascha’s punkrock-proven voice puts more emphasis on the group’s wave aspects. Her German accent now and then shimmering through slightly reminds of Nico, who paved the way for dark wave. The live gigs featuring Sascha Hedgehog are quite different to what we were used from rework, they are harder and more intensive. The new singer does techno with a rock’n’roll attitude. A new EP is now expected on Meant Records and planned for early summer 2012.