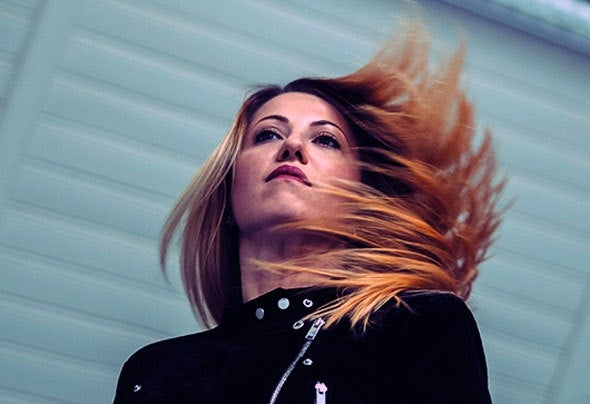 Lolla Tek is the name that is well known to Amsterdam underground for the past 9 years. Ukraine born, she moved to The Netherlands capital as soon as she made a decision to dedicate her life to electronic music scene, and went all the way from playing in tiny dancebars to holding residencies in the most iconic world clubs, with an average of 100 gigs a year locally and abroad. Deep love for techno music, laced with endless influences from another genres, mainly dark, alternative, and psychedelic, shaped her style over the years into something very distinctive; however it’s her DJ instinct, and the special skill to bond the emotion in machine music with human senses, that made Lolla Tek one of the most loved local artists. Lolla started producing as well, implementing in her productions all the influence and experience of her DJ career. The international fame fully landed on in 2015, when her music found it’s way to the sets of none less than Richie Hawtin. Since then it is frequently heard on the world’s most iconic stages, played by likes of Joseph Capriati, Dubfire, Solomun, Sam Paganini, Spartaque, Felix Kroecher, The Yellowheads, Boris, Gaga, to name some. The doors to official scene had opened even wider for Lolla Tek in 2016, following the nomination to prestigious Golden Gnome Award, and an opportunity to work for Netflix with cult director Lana Wachowsky (Matrix Trilogy). Her own label The Manifesto Music was born in early 2016 as a vessel for modern high quality techno, in it’s still short life span already reaching top 50 Techno chart on Beatport and being played by none less than Adam Beyer. Merging driving techno with minimal and rave influences, adding a hint of dark house, Lolla Tek serves a blend of hypnotic, trippy, powerful and raw, dark experience. Lolla Tek biggest inspirations are Dubfire, Carlo Lio, Paco Osuna, Richie Hawtin, Ron Costa, the Junkies and Boris.