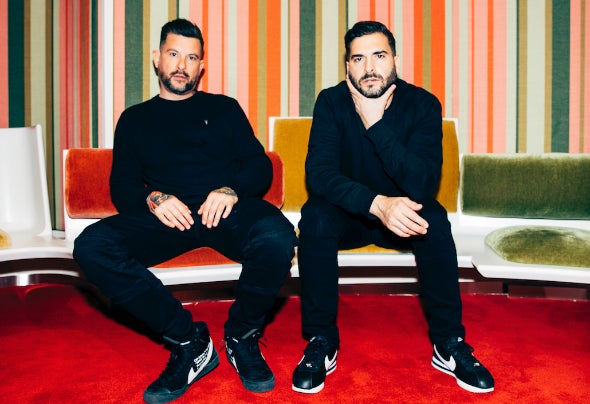 Amassing over 200 million Spotify streams so far in their career, The New York City duo Black Caviar have solidified themselves within the dance music world by pushing their genre-bending music to fans across the globe. Since gaining notoriety after releasing their 2017 hit single 'Coco', which has totaled over 17 million plays, their trajectory has only gone up from there. Originals including ‘El Camino’ and ‘What’s Up Danger' with Blackway have also made waves and paved the way for fans to embrace the project. The latter, racking up over 98 million streams, was highlighted as the lead track on the ‘Spiderman: Into The Spiderverse’ Soundtrack and found massive success in the form of a Gold Record Certification along with a Grammy Nomination. Coming off the heels of their momentous soundtrack accomplishment, the guys found themselves chosen to produce the official remix of the Charlie’s Angels theme song to be used in the 2019 update of the classic film. In addition to their originals, Black Caviar's extensive track catalog includes a momentum driven House twist on Dillon Francis’ ‘DFR’, their own fresh rendition of Louis The Child and Foster The People’s ‘Every Color’, and a popular vibrant rework of the Modjo classic ‘Lady (Hear Me Tonight)’ to name a few.