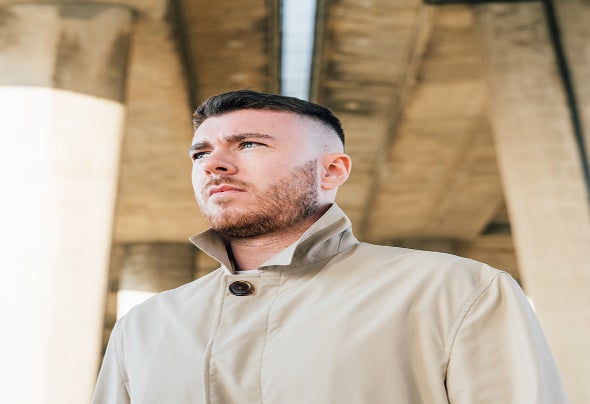 Jay Gunning, a DJ & producer defined by a disposition to explore and experiment a wide spectrum of sounds, has never restricted himself when playing to the audience, or making music. Influenced by the likes of DJ Haus, Kerri Chandler and Underground Resistance, Lanark native, Jay Gunning, has blossomed over the last six years as he has honed his craft and style, from cutting his teeth as a young upstart playing all over the UK. Unable to play in clubs due to being underage, Jay brought the nightlife to himself running his own series of fortnightly events under his brand ‘Attic Room Sessions’, a concept born from house parties thrown in his parents’ attic when they weren’t in. Attic Room Sessions gained huge support going viral on YouTube with his live streams. Taking inspiration from his father’s vinyl collection Jay spins a style of soulful house mixed with the modern house and tech house styles of today. Jay’s reputation as a skilled selector has led him to being invited to host his own shows on the likes of Groove City Radio, Glasgow’s biggest dance station, and Project Radio. Jay’s technical ability has seen him place high on the bill within some of Scotland’s best hotspots for music including the rave cave style bunker, La Cheetah. Now at the age of 22, Jay has been bitten by the production bug with a selection of high-quality unreleased tracks ready to set the world on fire. His debut single ‘Jack Da Ripper’ was picked up by BBC Introducing and played worldwide by Jaguar on BBC Radio 1.