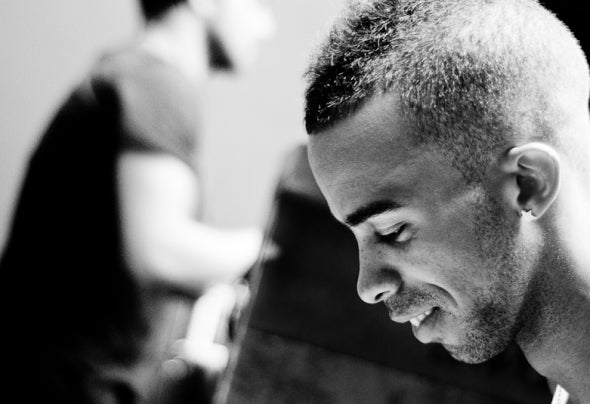 Leroy Roberts: A name that without question holds status on London’s underground house music scene. His journey started at the age of just 12, where house & garage and drum & bass were his music of choice. Working with music development company Bigga Fish, Leroy soon turned 13 and played his first gig, going back to back with the legendary DJ Spooney. From that night on, Leroy had the bug. As such a young talent, the stage was set for him. But as a young man of the people, he expressed his nature in a way that stands strong in the essence of his work today.At 15 he wanted to share this love that he had for music by teaching the younger generation the art of DJ-ing in and around his local town, Camden. A gesture that I’m sure many will thank him for up to this day.After a short break from the scene, Leroy returned to the scene with a new sound. House music was on the agenda. Winning the ‘Dirty Angels’ DJ competition hosted by Party PR; Ibiza Underground was the platform that was to shape the near future for Leroy. A regular set at what was at the time one of London’s biggest house nights gave people a chance to hear the sound of a talent that had been a long time in the making. From here the momentum continued playing at Cadenza, Formula, StayinUp, Headspace, Liaison, La Vita, the list goes. Staying dedicated and true to his beliefs in music, Leroy was steadily carving his place in what is now defined as Underground House.Drawing on inspiration from parties such a FUSE, Cerca Trova & LOoP; Leroy’s sound can only be describes as deep, groovy tech, which you may have had the pleasure of experiencing in some East London’s greatest venues e.g. Victorian Vaults, Hoxton Basement, Duke's & 93 Feet East to mention just a few. More recently he has found a place he can call home: T OAST Underground. Leroy has been a complimentary addition to Founder an co-owner Steve Kurz. His place in the duo will give TOAST a new dimension, completing the puzzle and taking the party to the next phase of their success achieved over the past few years, as oneof London’s best underground nights.