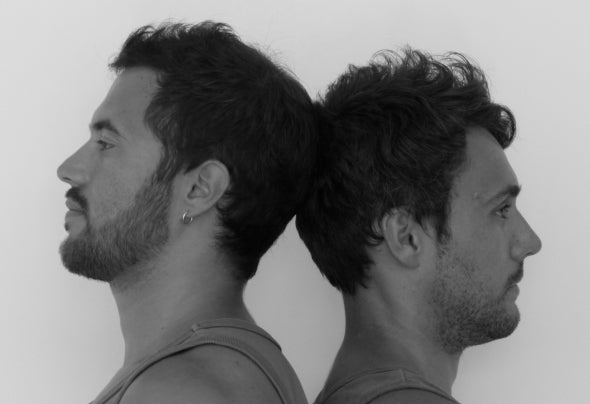 When a designer and an engineer, both with two common passions, music and Bodyboard, Join a project where music generates a burst of good rhythms and undoubtedly a lot of groove, where the audience travels to genres styles like Deep House and Tecnho always putting something special in their sets and organic productions with the great influence of the artist TiNi (desolat).The passion for electronic sounds and the "underground" movement met us in 2012 after a B2B. T here was an immediate music click and great feedback from the public. The project was presented at the mythical beach bar Bruno's Bar.Manuel Branquinho now with a few years of experience (7 years as Deep Soul), heavily influenced by Pink Floyd.He started to let himself go in the night vibration of Lisbon, in particular the club LUX fragil. With this new passion to grow, it could not become comon its presence in the dance floor, which is largely responsible for his musical education.With all the baggage that he brings, he began to make him self known as a DJ since 2008, played at the Op Art After hours @ Breakfast Europe, becoming increasingly frequent his presence in these spaces as relevant electronic essence of Lisbon.He played with International and national Dj's like Dubfire, Steve Lawler, Guy Gerber, Pan-Pot, David Squillace, Marc Houle, Heidi, Shonky, Mathias Meyer, Umek, Super Flu, Dj Vibe, Expander , MAGAZINO, Rui Vargas, Jose Belo, Zé Salvador, Stereo Addiction, Heartbreakers, Nelson Flip, Hugo Santana ...Marcelo Cordeiro grew up involved with lot's of HipHop, at the time he was living in Canada, completely unaware of electronic music. Gradually, with its integration in Portugal, was discovering this musical current.Under the influence of great HipHop artsit's like 2pac, Wu- Tang, DMX, Notorious Big, Puff dady, Dr Dre, not forgetting what he has hearing in childhood, Marcelo brings to his music several music genres, which makes his production's , not only original but also rich and deep.