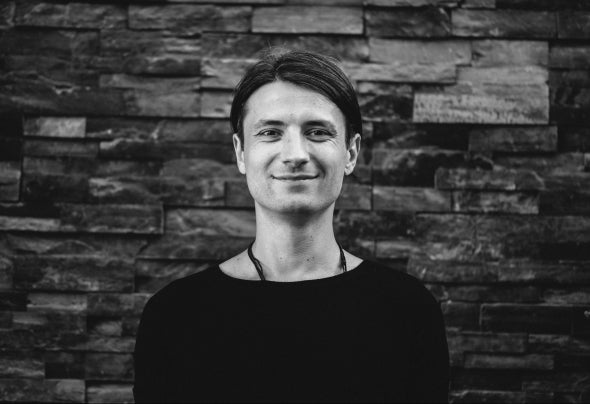 Prim rie’s purpose is to play good-vibes music to uplift the spirit all around and to bring in future-fractal sounds. He is a master at managing the tension between the power of the groove and the relief from high frequency vibrations. His main superpower is his record label, Tzinah Records: no artistic bullshit, no experiments, just tunes covering a huge territory between techno and minimal house, designed for the most pretentious dance oors! Dan Primaru, also known as Prim rie, started his musical journey back in 2007 after discovering his passion for DJing and love for club culture. From endeavours at local radio, to exploring Bucharest's scene, his path was unclear. In 2010 he decided to create something for the community and started his own record label. After spending some time in Berlin he realised his playground is Romania and he relocated to Cluj. Playing marathon sets at infamous after-parties, presenting his groovy sound in small packed clubs, Prim rie performed in every Romanian city from his hometown to the most delightful locations. Inducing smiles on underground dance oors all this years, he has been summoned to play all over Europe's major cities at a wide range of unique clubs and events. 2018 saw Prim rie's return to his hometown and he is dedicated to bring quality to the microhouse scene and adding further value to Tzinah Records. In 2019 he expanded his djing performances on other continents too, and 2020 is the year when he started his residency at Stand Along events. With his own funk-related touch, Prim rie mesmerizes with his sets and captures the hype from the Romanian electronic wave into his label. Given his abilities to translate various inuences, it is pretty hard to tag Prim rie's Minimal-House style, though his sound is powerful enough to make a statement on its own.