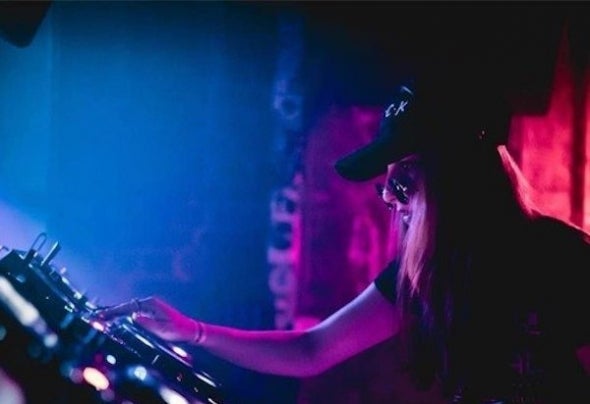 Kat Dudinsky (known professionally through her production alias Nvrsoft) is about to make one of her most denitive career moves to date. After coming under the guise of Shimon, the label head of UK based AudioPorn Records as well as a producer who’s shaped the contemporary drum & bass scene, the Washington DC based DJ/producer, has quickly risen amongst her counterparts whilst delivering her rst cut through Audioporn’s ’10 years of Audioporn Records’ compilation. Half-time stomper ‘Small Talk’ may have been fans rst introduction to the producer, but she’d already began to make her presence felt through a variety of releases which have showcased her style as an artist committed to diversity. Aside from her music, it’s her vivacious club performances, which has caught the attention of many drum & bass listeners in the US. Through her warm up sets for the likes of Calyx & Teebee, Metrik, Benny L, Friction, Aphrodite, Andy C and other high-ranking drum & bass stalwarts, she’s a notable gure on the live circuit, including having performed on dates on the infamous World of Drum and Bass. Although the beginning of 2019 now set a precedent, with Nvrsoft becoming the rst US woman to grace the decks at London’s seminal nightclub Fabric. This wasn’t just a statement for the club, but also for the wider music scene, demonstrating how pivotal gures like Nvrsoft are slowly turning the tide throughout dance music, with the help and mentorship of its most esteemed gureheads. With Audioporn now standing as a platform for the newcomer producer, her scope is only going to widen, and her inuence is about to become more resounding. Even at such a young age, she’s made historic moves, and this is going to continue with her level of determination; a level which is intimidating for even the most veteran gure. Awesome.