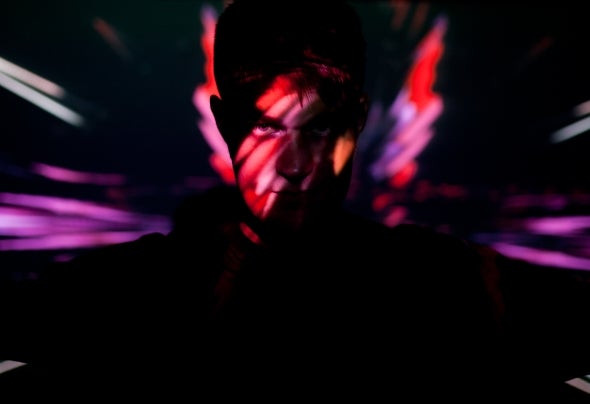 Max Dahlhaus is always expanding into something unknown and impassable. Each music piece’s development stays completely unpredictable and is therefore picturing an evolution for itself. In their totality, Dahlhaus’s tracks build a consecutive cycle, where each musical improvement is based on previous experiences.Dahlhaus is bold enough to stay a novice. Each track, every production is a new start, taking himself, as well as his listener on a new voyage. The instruments are only the vehicle for the journey and not an end in itself as seen with so many other protagonists in the field of electronic music. He is perceptively translating the digital sound back to its listener’s organic sound- necessity. Hard- and software are no more than tools for him- his imagination is never reduced to only being the appendix of his electronic toolkit. While purposely focusing on contrasts like emotional and abstract, repetition and detail, opulence and minimalism, he does not know any frontiers between those principles.Max Dahlhaus positions himself against the little half-life of the common Soundcloud- philosophy. He is not operating in the anonymous semidarkness, but there is always a person with a story emerging from his productions. He is not part of a scene or school, but an imperturbable maverick who is always finding the true mixture of his own intellectual world and the everyday life in a sizzling metropolis. Dahlhaus is a gentle storyteller, who rather places emphasis on precise understatement, then to talk large.„Finished“ is a word completely unknown to Max Dahlhaus. Every statement is only a stop on a path. This course is starting with a turn on his own axis, followed by a round the world sailing tour. Sooner or later the trip will lead to the Earth’s orbit, across the galaxy and into the unfathomable widening of the cosmos.Where this journey will lead him in the end? Who would want to predict the future?